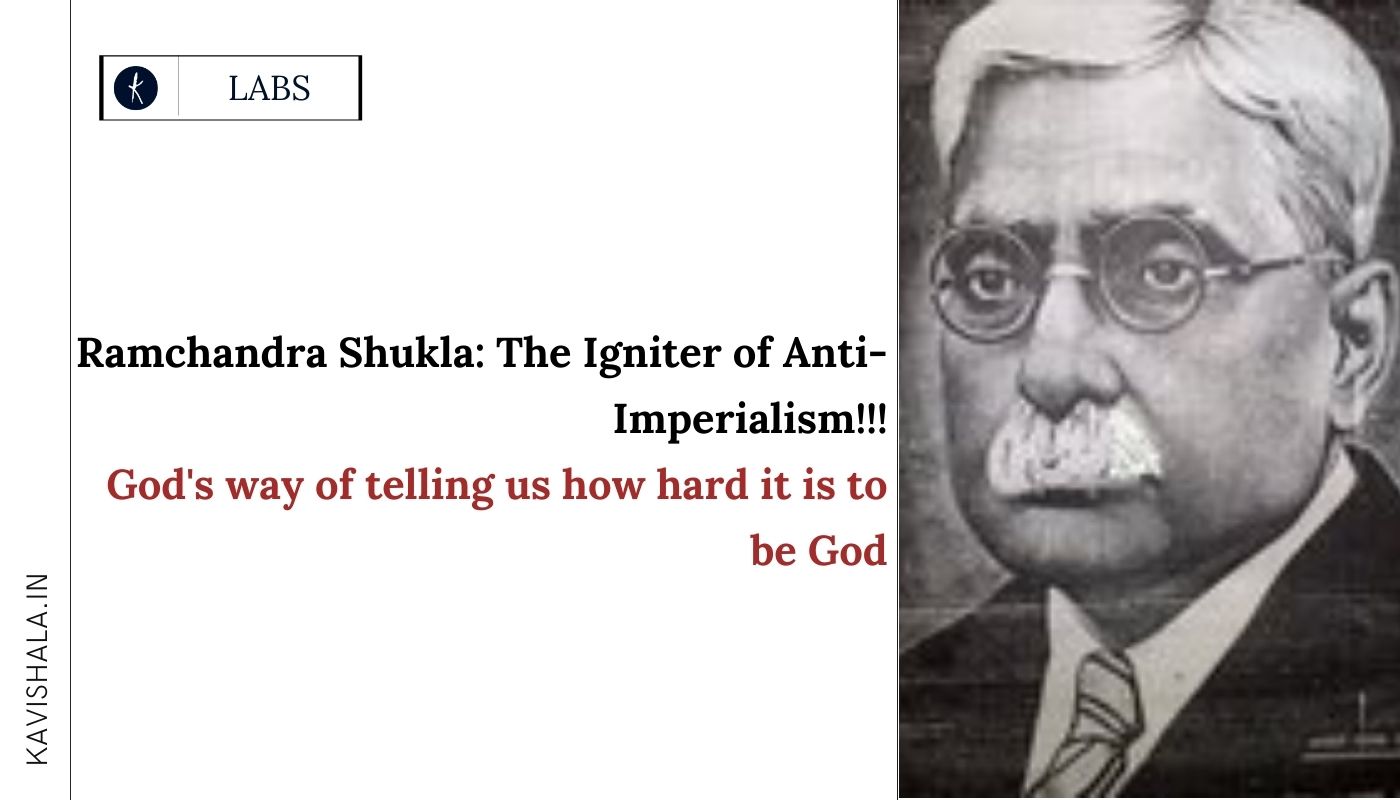 "A blank piece of paper is God's way of telling us how hard it is to be God."

Acharya Ram Chandra Shukla Ji was born on the 4th of October in the year 1884.

How he started his Journey of Writing?

During the British rule over India. Having started his work in the world of letters with a poem and an article Prachin Bharatiyoin Ka Pahirava and by writing in English his first published essay at the age of 17—What Has India to do. -Keeping up with the spirit of ANTI-IMPERIALISM, in 1921, he wrote Non-co-operation and Non-mercantile Classes of India which was an attempt to look at the struggle of Indian classes in the set up of the colonial and semi-feudal economy as per the dictatorship of British India Company.

Under the editorship of Kusum Chaturvedi Acharya Shukla Sansthan has published the following:-

->A Research institute on his name was established in 1972 as Acharya Ram Chandra Shukla Sahitya Shodh Sansthan which is a center of literary activities. ->It was built on the wish of his son Gokul Chandra Shukla and on the land provided by the Varanasi local Authorities.

->Its first secretary, Kusum Chaturvedi, published a regular journal Naya Mandand which established a reputation for its special numbers on women, postmodernism.

->Kusum Chaturvedi and Mukta have produced a documentary for Doordarshan on Acharya Shukla and published his authentic biography.

He always said that the essence of true literature is not merely an expression of human consciousness as an end in itself but accounts for Lokmangal, which seems to be defining the progress of society where general people are supreme and their sufferings are best understood as purpose for amelioration:

Well, Literature, through aesthetics, must convey itself to the pains/woes of the downtrodden and underprivileged work for human emancipation from exploitation of all kinds.