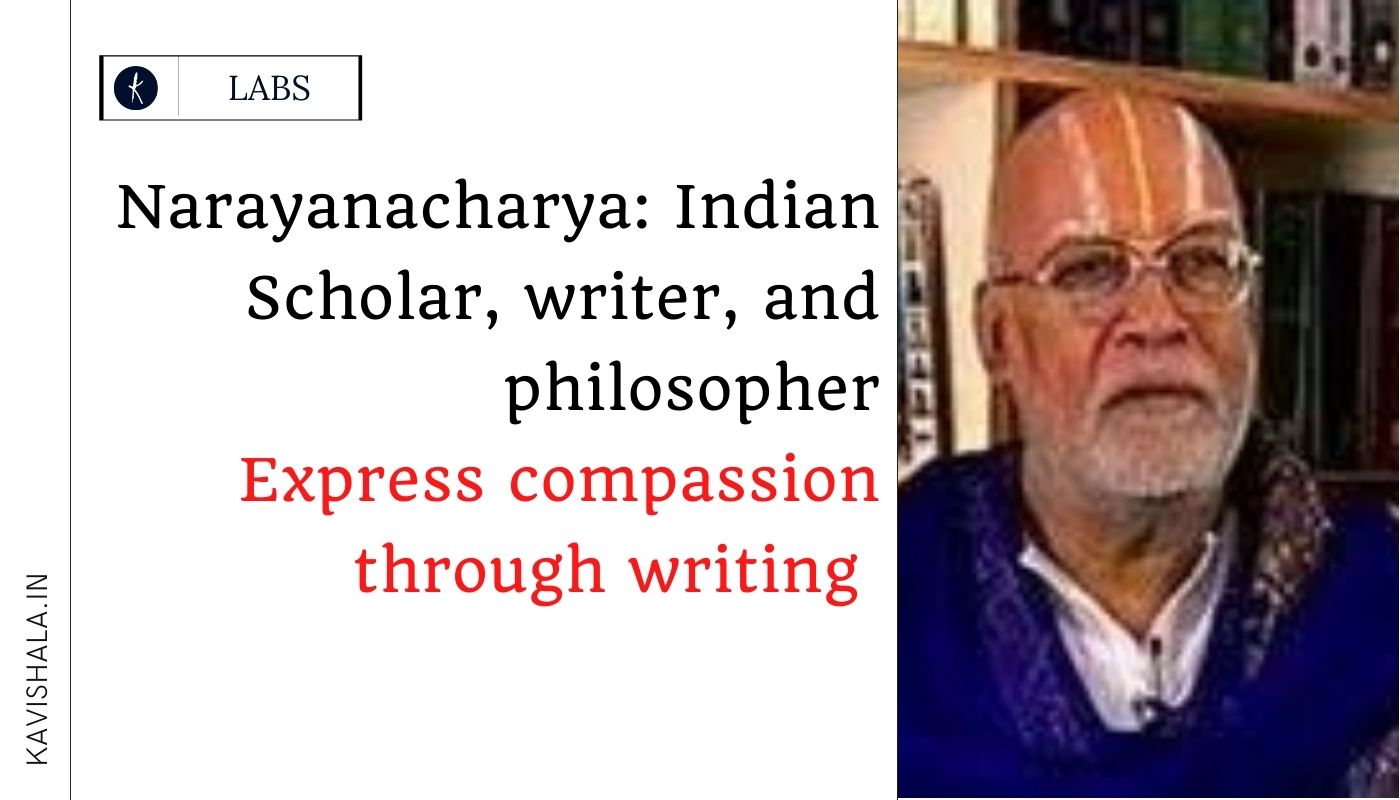 My Lord said to me.

And my mind and heart thought deeply

then replied with just one word,

God’s arms then opened up and I entered Myself.

I entered Myself when I entered

And having learned compassion I

Narayanacharya was an Indian scholar, writer, and philosopher of the Dvaita Vedanta tradition. Basically, he was the disciple of Vedavyasa Tirtha of Uttaradi Math and considered as one of the most acknowledged personalities in the annals of the great Advaita-Advaita debate.

Narayanacharya was one of the fiery champions of the Dvaita school, that rose to defend it against the slashing attacks of Appayya Dikshita.

Narayanacharya had written 3 Novels consisting of polemical tracts, commentary, and Independent treatise. Except for Advaitakalanala his 2 other works, Madhvamantrarthamanjari and Vishnutattvaviveka are still not published.

Narayanacharya has been awarded many titles and honors for his services to Indian literature and spirituality through his writings, speech, and discourses.

Publications Founded by him-

What is AdvaitaKalanala all about?

Advaitakālānala is a polemical and expositional work in the 5 chapters and runs to about 8,000 stanzas. It is a refutation work for the theological controversies provoked by Appayya Dikshita his work Madhvamatamukhamardana. Indologist B.N. Krishnamurti Sharma says, "In this work carping, criticisms, and bitter personal attacks of the Dikshita are vigorously returned by Narayanacharya".

His way of expressing through words is vigorous and animated style, full of repartees, spicy anecdotes, and colorful analogies. As said by Indologist B.N.K. Sharma, "The work's could be pronounced to be a thoroughgoing and final refutation of Dikshita's work".