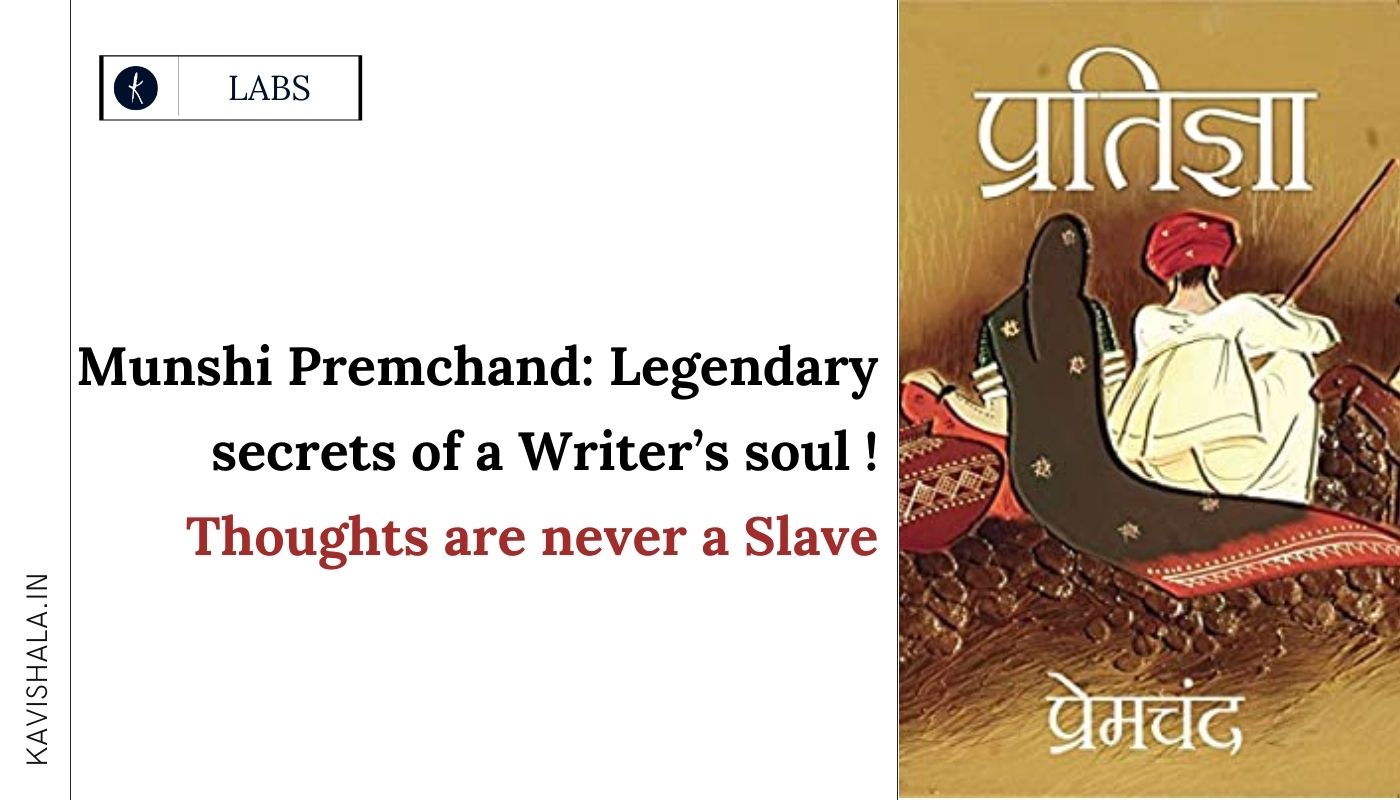 “Every secret of a writer’s soul, every experience of his life,

every quality of his mind,

is written largely in his works.”

The works and contributions of Munshi Premchand are considered to be authentic pieces around the globe. His Books are appreciated in the Indian Subcontinent for it's glorifying morals and lessons in life. Most prominently, his writing style was famous in modern Hindi-Urdu literature.

He had written more than a dozen novels, including 250 Short Stories, and various thought-provoking essays as well.

Considered to be the best Hindi Novels category and based on the subject of generic urban life that soulfully describes the circumstances of poverty and the urban middle-class societies.

Nirmala is the very first book in the Munshi Premchand list of published books. Basically, it is a Hindi fiction-based novel compiled in the beautiful strings of Hindi and Urdu languages.

In this book has touched the senses, he had described a girl named Nirmala, who is a very young and gorgeous girl eventually forced to marry a widower of her father’s age. Nonetheless, this authentic book leaves a massive social message in people's minds.

This book was primarily written in the Urdu language under the title on Bazaar-e-Husn by Munshi Premchand, but later in 1919 on published in Hindi from Calcutta as Seva Sadan.

Well, Sevasadan is all about explaining an unhappy wife who leaves a path of moral life and becoming a courtesan. As time passes by, she transforms herself as the manager of an orphanage for the young daughters of courtesans.

This book swiftly touches on the sensitive topic of “Prostitution” which was once considered the nightmares of Indian society.

Not yet another but a fantastic read from the exotic list of Munshi Premchand Books. Rangbhoomi is highly related to varied life philosophies, the behavior of Indian Socialism and also expresses the complex variations among the rich people and the poor survivors.

The story of the book Rangbhoomi correlates with different cultural practices followed all across the nation rituals.

Premchand's book Gaban is a prolific Hindi novel. Throughout this novel, readers would notice that he manages to get your attention and tries to capture the falling moral values among the Indian youth during the British Raj in our country.

We suggest every youth read this Novel and get the various ethics to disclose by deep-diving into the ocean of well-versed words of this book.

“There is no greater agony than bearing an untold story inside you.”

Munshi Premchand was influenced by the Non-Cooperation movement of Mahatma Gandhi and his struggle for social reform. During that period, his written books were focused on social issues such as poverty, zamindari exploitation.

Premashram was one of his books that dealt with the same issues. If you are looking for an interesting book on the subject of Social issues of Indian Society, then you must add this book of Munshi Premchand to your reading list.

Mostly based on the social issues of Indian Society at that time.

In this well-recognized book, Prema focuses on a central character, who stands to his ideas and wishes to reform the bad cultural practices by fighting against the opposition. At this particular time, he simply gives away everything he has for those ideals.

The book naturally rotates around the theme of Widow re-marriage and reformations of Hinduism.

This Novel Pratigya is a long story of a young idealist who stands for social reform of society.

This book gives a vivid description of the society during that era and the obstructions faced by the people who believed in a new and better country by the removal of social evils prevalent during those times.

The popular Novel Godaan is a best-known Hindi Novel by Munshi Premchand converted into English as ‘The Gift of a Cow’.

The plot of this story revolves around the characters representing the various sections of the Indian community.

By the beginning of the 20th Century, Islam and Hinduism had coexisted in India for over a thousand years.

The Story of this book is about a guy named, Amarkant who is an intelligent and idealistic, though weak, young man who has grown up hating his father’s business and adherence to the formalities of Hindu religion.

Premchand had shown the young boy's arrogance turning into his hatred for his father and society with the same thinking.