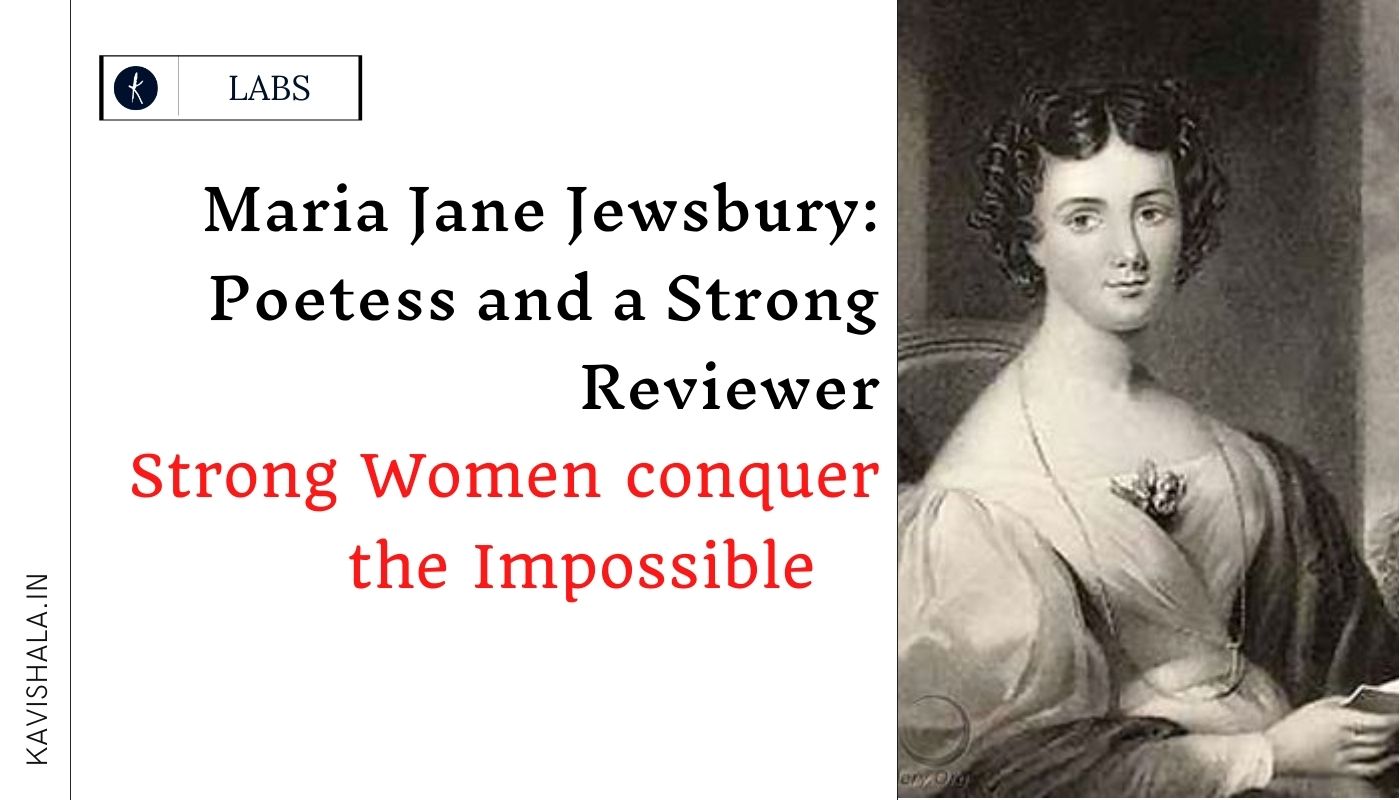 “A woman with a voice is, by definition, a strong woman.

But the search to find that voice can be remarkably difficult.”

Maria Jane Jewsbury was a Manchester-based writer who made a name for herself at the turn of the early 19th century through poems, fiction, literary and educational prose.

In her time, she was a well-regarded poetess and prose contributor to the Manchester Gazette and later the Athenaeum, as well as her prolific writings in literary annuals.

Maria Jane Jewsbury was later on known as Maria Jane Fletcher. She was born on the 25th of Oct,1800 . Being an English writer, poet, and reviewer her Phantasmagoria, contained poetry and prose.

HOW SHE WAS INSPIRED TO WRITE?

While raising her brothers and sisters, she'd written the Manchester Gazette in 1821.

Through its editor Dilke, she began writing for the Athenaeum in 1830. With her husband, she sailed for India, but she kept up a journal and had poetry printed in the Athenaeum as The Oceanides. By the time she consequently developed an interest in writing, a piece of prose fiction entitled The Three Histories that contemplates women’s writing lives, and The Oceanides, a long poetic sequence that reflects her journey.

This is one of her most accoladed poems :

To My Own Heart

Of thought and passion; let thy wild waves be

Calm for a moment. Thou mysterious mind —

No human eye may see, no fetters bind;

Within me, ever near me as a friend

That whilst I know I fail to comprehend;

The source of happiness, the cause of woe, —

Of all that spreads o'er life enchantment's spell,

Or binds it by anticipated hell; —

Of immortality — my own deep heart!

Must thou thy deepest thoughts and secrets yield:

Like the old sea, put off the shrouding gloom

That makes thee now a prison-house and tomb;

Specters and sins that undisturbed have lain,

Must hear the judgment voice and live again.

Then woe or bliss for thee: — thy ocean-mate,

Material only in its birth and fate,

And homage paid, shall shrink away, and be

With all the mutinous billows o'er it hurled,

But thou — but thou — or darker, or fairer

The sentence and the doom that awaits thee there.

No rock will hide thee in its friendly breast,

The solid earth thrilled by the trumpet's call,

HER BOOKS YOU MUST READ