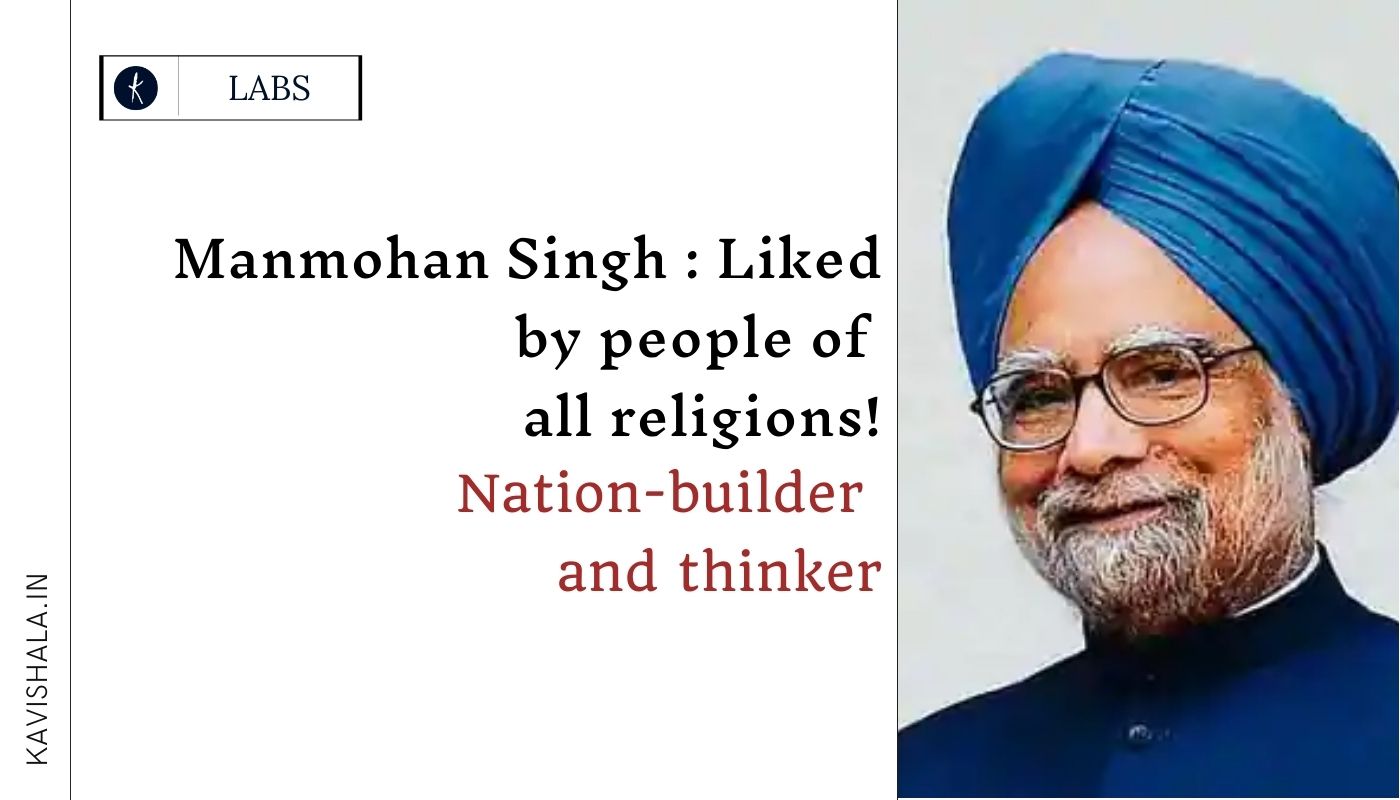 "There is no royal road;

you've got to work a good deal harder than most people want to work."

His Cultural and political image among people of all religions

Manmohan Singh is considered as "one of the world's most revered leaders" and "a man of uncommon decency and grace," while he drives a Maruti 800, one of the humblest cars in the Indian market.

Khushwant Singh once said that Singh was the best PM ever and had, rated him even higher than Jawaharlal Nehru. He mentioned an incident in his book Absolute Khushwant: The Low-Down on Life, Death and Most things In-between losing the 1999 Lok Sabha elections terming him as the integrity of, Khushwant Singh and stated, "When people talk of integrity, I say the best example is the man who occupies the country's highest office."

In the year 2010, Newsweek magazine recognized him as a world leader who is respected by other heads of state, describing him as "the leader other leaders love." Mohamed ElBaradei remarked Khushwant Singh as "the model of what a political leader should be."

In 2010 Manmohan Singh received the World Statesman Award. Looking which Henry Kissinger described Singh as "a statesman with vision, persistence, and integrity", and praised him for his "leadership, which has been instrumental in the economic transformation underway in India."

In 2019 a Bollywood film was made based on Singh's life and 2014 memoir, titled The Accidental Prime Minister directed by Vijay Gutte, and written by Mayank Tewari.

Also, a 2013 Indian documentary television series Pradhanmantri (lit. 'Prime Minister'), aired on ABP News and covers the various policies and political tenures of Indian PMs, including Manmohan Singh in the episodes "Story of Sonia Gandhi and UPA-I Government", and "Scams in UPA government and anti-corruption movement".

2014 - Grand Cordon of the Order of the Paulownia Flowers - Govt. of Japan