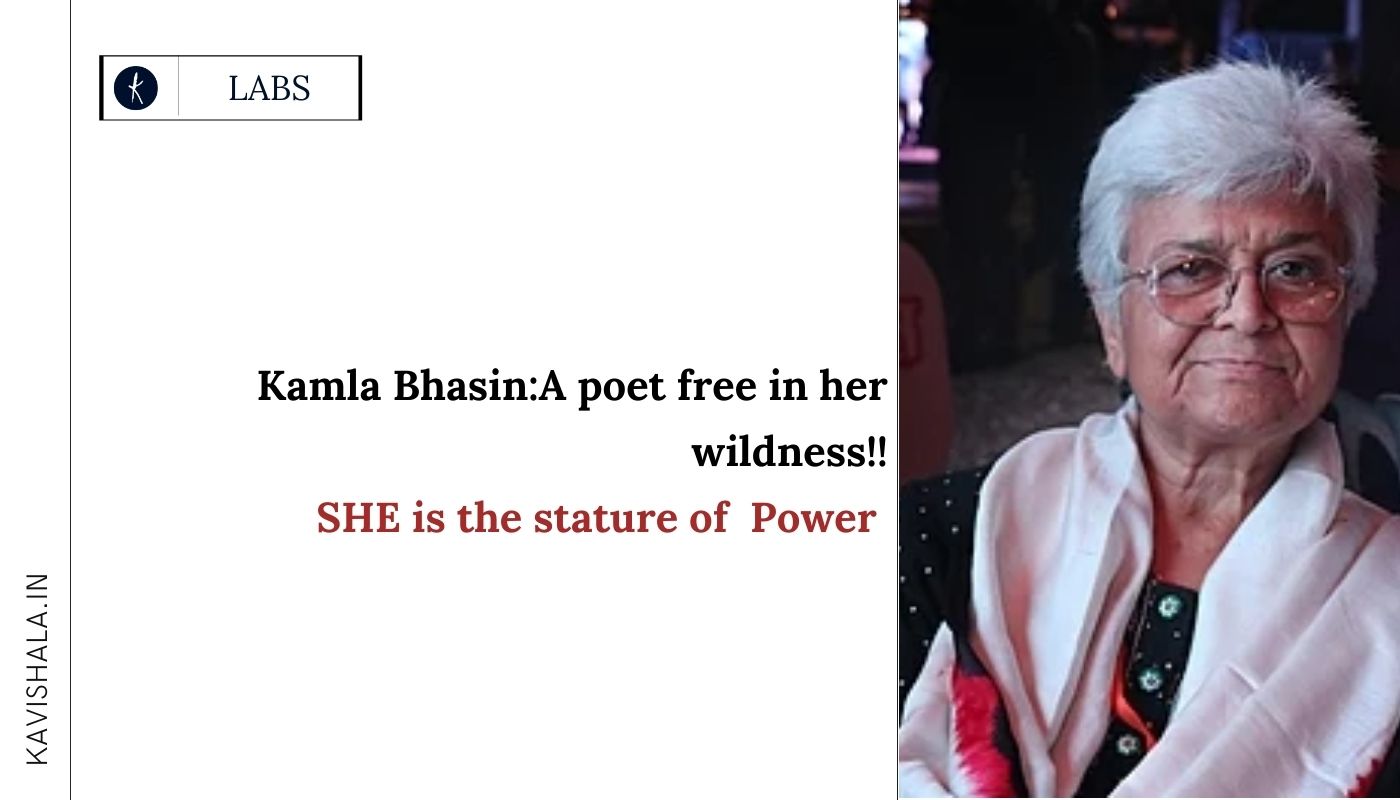 “She is free in her wildness, she is a wanderess, a drop of free water.

She knows nothing of borders and cares nothing for rules or customs.

'Time' for her isn’t something to fight against.

Kavishala mourns for Kamla Bhasin, an outstanding feminist, Activist, and author who passed away at the age of 75 suffering from cancer.

Well, in the 1970s she had evolved as one of the most charismatic and prominent leaders of the Indian women’s movement and other South Asian nations.

Her most popular saying was, “One that elevates men and gives them power, and the other, that advocates for equality!”. 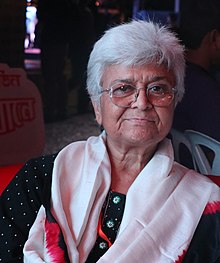 Known worldwide for work with Sangat: A Feminist Network and her poem ‘Kyunki main ladki hoon, mujhe padhna hai’, Bhasin wore multiple hats and her achievements were many. Being a social scientist and developmental professional and south Asian coordinator of the One Billion Rising Of Women she wrote, “Changing this mindset requires a cultural tsunami. Before we stop violence against women, we need to demolish innumerable religious, cultural, and linguistic practices that are considered normal. For example, words like ‘pati’ and ‘swami’ for husbands must go. These words mean ‘master’ or ‘owner’. In free India, an adult woman cannot — and should not — have an owner. There are many more similar words and expressions that demean and insult women. They, too, need to be purged from our consciousness."

Her Contributions in Literature :

->Having written books and booklets regarding understanding patriarchy and gender, that has been translated into near about 30 languages.

->In 2005 her book, Laughing Matters, which she co-authored with Bindia Thapar, was republished in 2013 and now released in the Hindi version (Hasna Toh Sangharsho Mein Bhi Zaroori Hai), Feminism & Its Relevance in South Asia.

Her most prominent writings include- Borders & Boundaries: Women in India's Partition, Understanding Gender,etc.