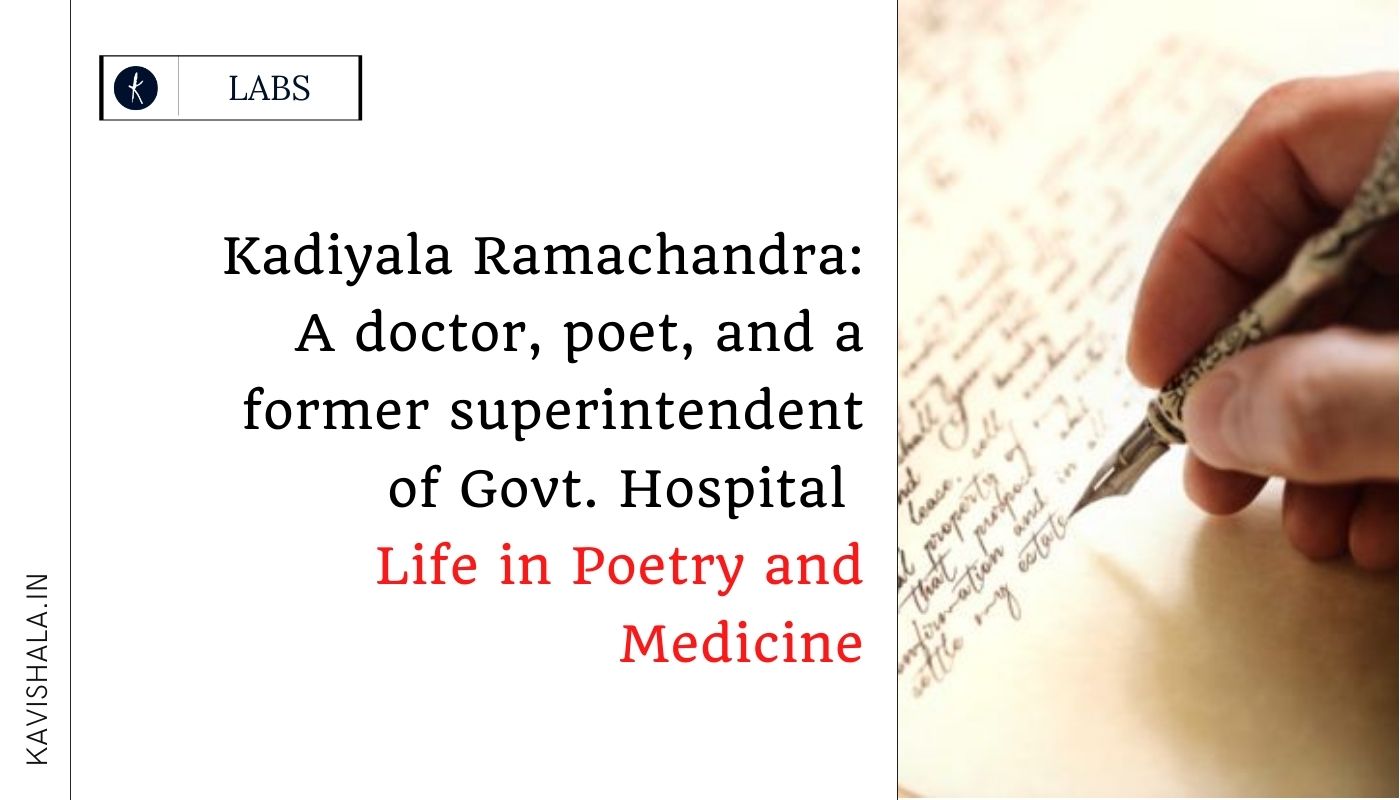 Kadiyala Ramachandra : A doctor, poet, and a former superintendent of Govt. General Hospital

Kadiyala Ramachandra was a renowned Indian medical doctor, poet, and a former superintendent of Govt. General Hospital, Chennai. He was a former head of the department of medicine at Madras Medical College. Ramachandra was born on the 6th of Nov, 1919 in the Indian state of Tamil Madu. His efforts were reported behind the establishment of the Department of Oncology & Cancer Chemotherapy and the Rheumatic Care Unit at the General Hospital.

CAREER AS A SUPERINTENDENT AND RECOGNITIONS

->He was a recipient of the 4th highest Indian civilian award of Padma Shri in 1974.

->He had served as the superintendent of the Govt. General Hospital in Chennai.

->Worked as a professor and the head of the department of medicine at his alma mater, Madras Medical College.

->Appointed as a Senior Member of the Senate and the syndicate of the University of Madras and headed the committee of postgraduate examinations.

->After superannuation, the university appointed him as its Professor Emeritus.

->Recipient of the Johnstone Gold Medal, T. M. Nair Gold Medal, The Raja of Panagal Prize, and the Dr Rangachari Prize in Medicine.

HIS JOURNEY TOWARDS BECOMING A POET

He had a passion for writing whatever he learned or read from somewhere. So, Kadiyala Ramachandra had successfully published 52 scientific papers based on his stream of study. His research on Indian herbs for the treatment of a disease named Bronchial Asthma was reported in the Indian news. He had documented a treatise on the History of Medicine which was published by the University of Madras. His top literary publications include Poems of Introspection which is an anthology of 53 poems that was released in 2003.