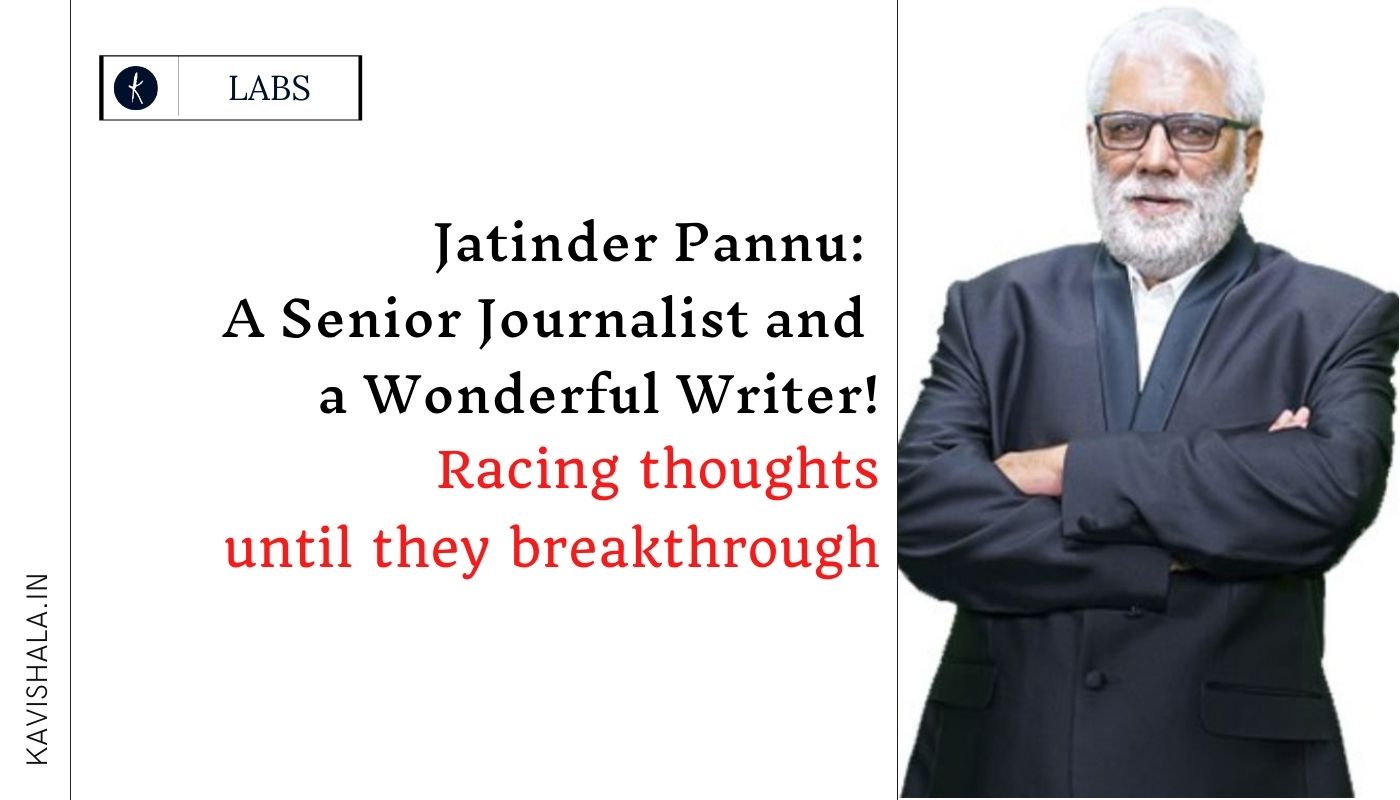 Jatinder Pannu : A Senior Journalist and a Wonderful Writer !

"A writer is someone for whom writing is more difficult than it is for other people."

Being a Senior Journalist, Activist, and Columnist Jatinder Pannu is the Editor of Nawan Zamana. Jatinder is currently a prime host with Prime Asia Television including ‘Prime Discussion’ along with Navjeet Singh and ‘Prime Focus’ with Gurpreet Sandhawalia.

Let's read out what it takes to be a writer :

To be a writer

unable to be extinguished

by your doubting fear

is to stay awake

until the sun starts

of the earth's seam

that you won't be able to read

when you wake up

not only for yourself

but for every character

locked in your soul

trying to reach out

you meet on the street

is to see the beautiful

2000 Shiromani Patarkar Award by the Language Department of Punjab

His popular TV Shows where viewers caught him dumbstruck