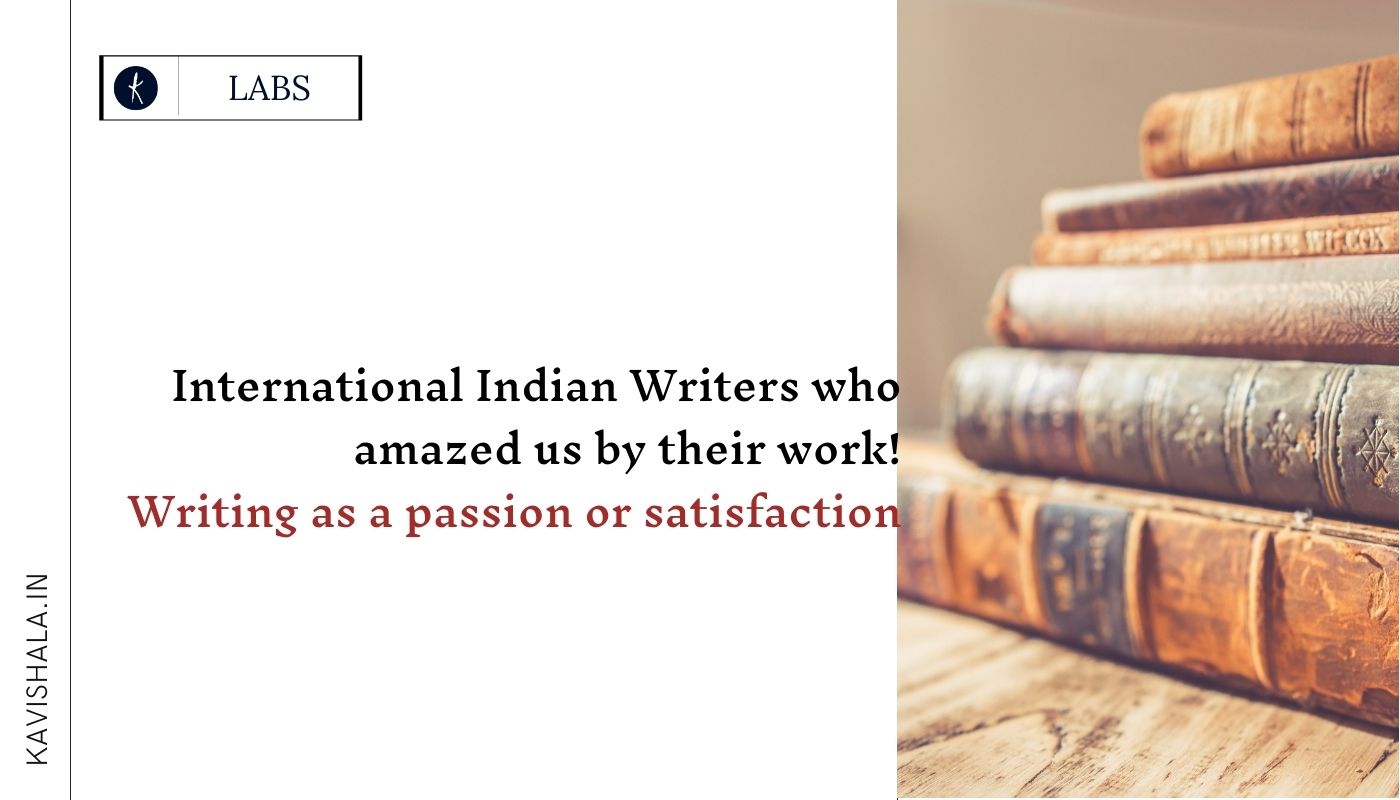 International Indian Writers who amazed us by their work

Let's remember those great Indian writers whose contributions are devised Globally and have earned huge titles and support internationally.

Kavishala celebrates the glorious and mighty Writers who changed the history of literature and fiction.

Borrowed from each passing time.

God or bad from bygone days,

Etched inside album or hearts.

Our mind is a book

Where the past and present meet,

Memories we lovingly cling to

That makes the verse skip a beat.

Sometimes we tend to forget.

Someone we love silently.

But memories are precious gifts

That live on forever.

Yes, memories are time we lived once,

And we all have quite a few,

The memories we treasure the most

Are those we made with our loved ones.

Kiran Desai is a thoughtful writer who has experimented with varied forms of narrative techniques in fiction. Kiran Desai's talent acquisition in the use of irony and humor make her novels worth reading and has been a bestseller of all times. In 2006 Kiran Desai the daughter of Anita Desai had won the Booker Prize for her second novel, "The Inheritance Of Loss".

The book "The Inheritance of Loss" deals with a number of themes from eventful rustic life to pangs insurgency. Kiran Desai is an outstanding personality as well as an author of contemporary India.

The White Tiger is the first novel of Arvind Adiga which earned him popularity in India and abroad. Aravind Adiga won Booker Prize for literature in 2008 for "The White Tiger" which surprised the readers by its narrative strategy and realistic presentation of the world of corruption prevalent in all realms of Indian life.

Many of the moments mentioned in the novel have parallels with contemporary Indian events. Adiga's different novels are also worth reading and he is a celebrated author who have something to say to the world.

Anita Desai is one of the well-known novelists who is popular among the readers for her in-depth analysis of human mind and its working. Desai's novels express feminine sensibility to a great extent and she is at her best when she reveals the unfathomable depth of human mind. Desai depicts the plight of isolated human being who are sidelined and cut off from the main streams of life. Cry, the Peacock is considered her masterpiece.

Anita Desai has been short-listed for Booker Prize many times.

Vikram Seth is among the top celebrated writers in English whose literary eminence has been established by his second book, A Suitable Boy which deals with harsh realities of post-independent India in its all manifestations. His novels give a very wide canvas than his contemporaries.

Vikram Seth transcends the narrow nation boundaries and stands for world citizenship as like the writer himself.

Raja Rao is a great writer who could assimilate the cultures of both the east and the west in his fictional narratives. The Gandhian ideals, the uniqueness of Indian culture, the western impact on Indian life, the essence of western civilization and the dark myths of human relationships are dealt in his works.

Raja Rao supports womanhood through his works and probes the inner reality of varied shades of their relationships with men.

Raja Rao's rustic characters are life-like sketches for which he won much appreciation. The Kanthapura, his best master piece, is a well-acclaimed novel which deals with the influence Gandhi and his ideology in an isolated village during the Indian freedom movement.

Babani Bhattacharya is a well-known Indian English writer who has a permanent place in the history of Indo - Anglian literature. Battacharya's massive mastery lies in fusing myth and reality, as well as in blending history and present-day tragedies of human beings.

Babani's novels have been translated into many languages. So Many Hunger, is a great novel dealing with the man-made famine of Bengal, is considered his masterpiece by critics.

Manohar Malgonkar is one of the famous Indian novelists who has a sound historical sense. His immense works experiment with history in fictional terms. Malgonkar's novels are a fusion of intrigue, suspense, and love in their crude form. "A Bend in the Ganges" is his well known novel which deals with the second world war and its impact on man and nature.

Also, we accolade the presence of such esteemed personalities and their inspirational work keeps us thinking beyond the limits and thriving for achieving our destiny.