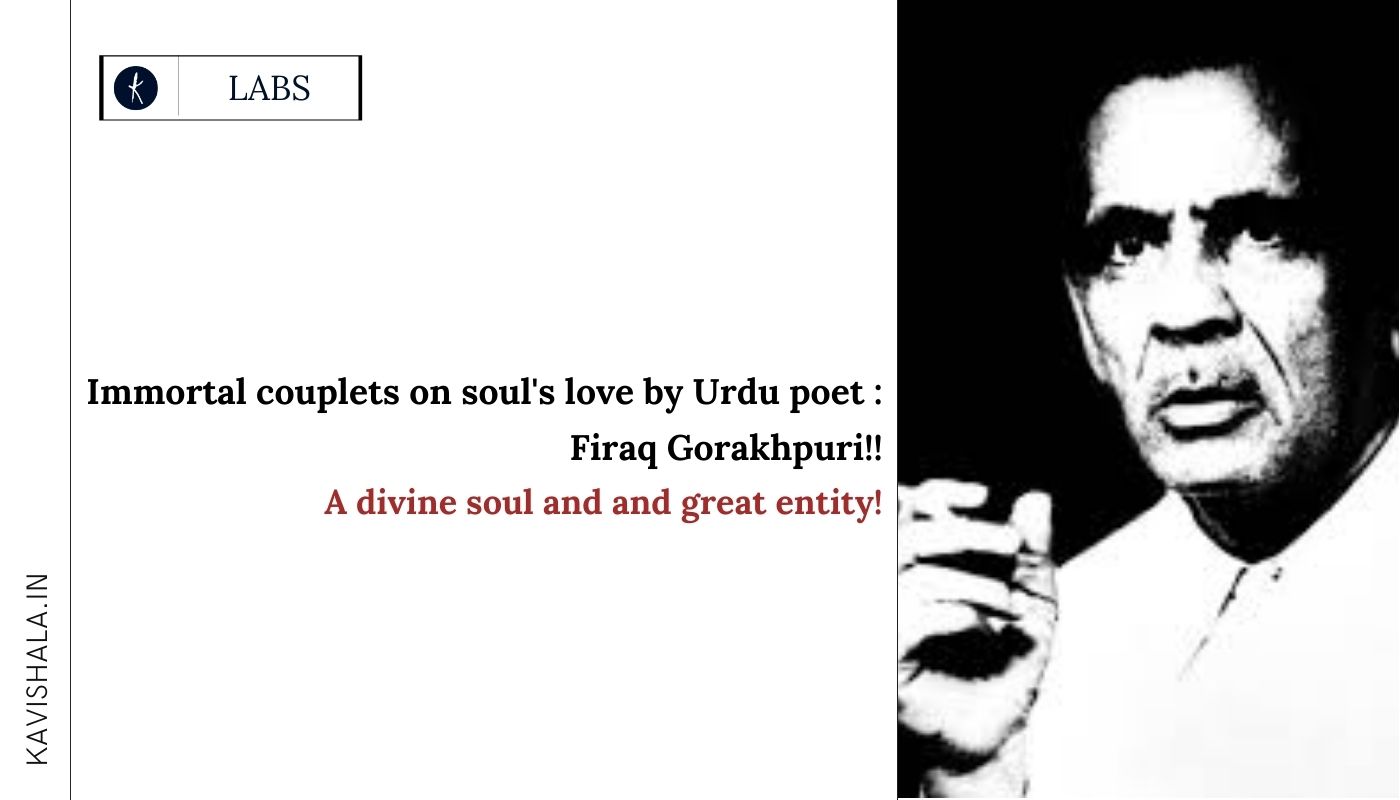 Firaq Gorakhpuri 124th birth anniversary: Kavishala remembers and celebrates the Padma Bhushan awardee along with his Urdu couplets on love and life that are still liked by million people :

Popularly known to be at par with Ghalib and Meer, the most remarkable Urdu poet Firaq Gorakhpuri’s 124th birth anniversary is cherished by Kavishala.

He was born on August 28, 1896, in Banwarpar village under the Gola Block of Gorakhpur. Firaq Gorakhpuri is the pen title given to Raghupati Sahay who gave Urdu literature some of the immortal creations and raised up to become an inspiration to a hundred writers, poets, and freedom fighters.

Being a master in three languages, Firaq’s soul resides in the heart of civilians at Gorakhpur and he is yet remembered not only for his contributions to Literature but also to the Indian freedom struggles.

He was also one of the close friends of former prime minister Pt. Jawahar Lal Nehru. Then and there Firaq’s residence Laxmi Nivas was converted to Saraswati Shishu Mandir, a junior high school managed by RSS since 1980.

Here's a fact that would catch your attention that In 1920 during the non-cooperation movement led and called upon by Mahatma Gandhi, Firaq dropped off from his job as a PCS officer of British India. He was punished into jail and even served 18 months in jail while the freedom movement took place. He had sacrificed in his life a lot and was a source of great inspiration for the people who are building a career as full-time writers.

Despite that, his couplets spread instill love, and the thriving of patriotism, he wrote to honor the country and mystic claims that there is no match of his stature in Urdu poetry. Check out some of his wonderful sher on love and life that are loved so mush:

Meaning: For death a cure there well maybe

But for this life no remedy

Meaning: Close to me you are there

should I speak or should I stare/see

Meaning: If someone were to listen, one thing I will opine

Love is not a crime forsooth it is grace divine

Meaning: No promise, surety, nor any hope was due

Yet I had little choice but to wait for you

Hope you grab a lot of inspiration and good motives in life from his story :)