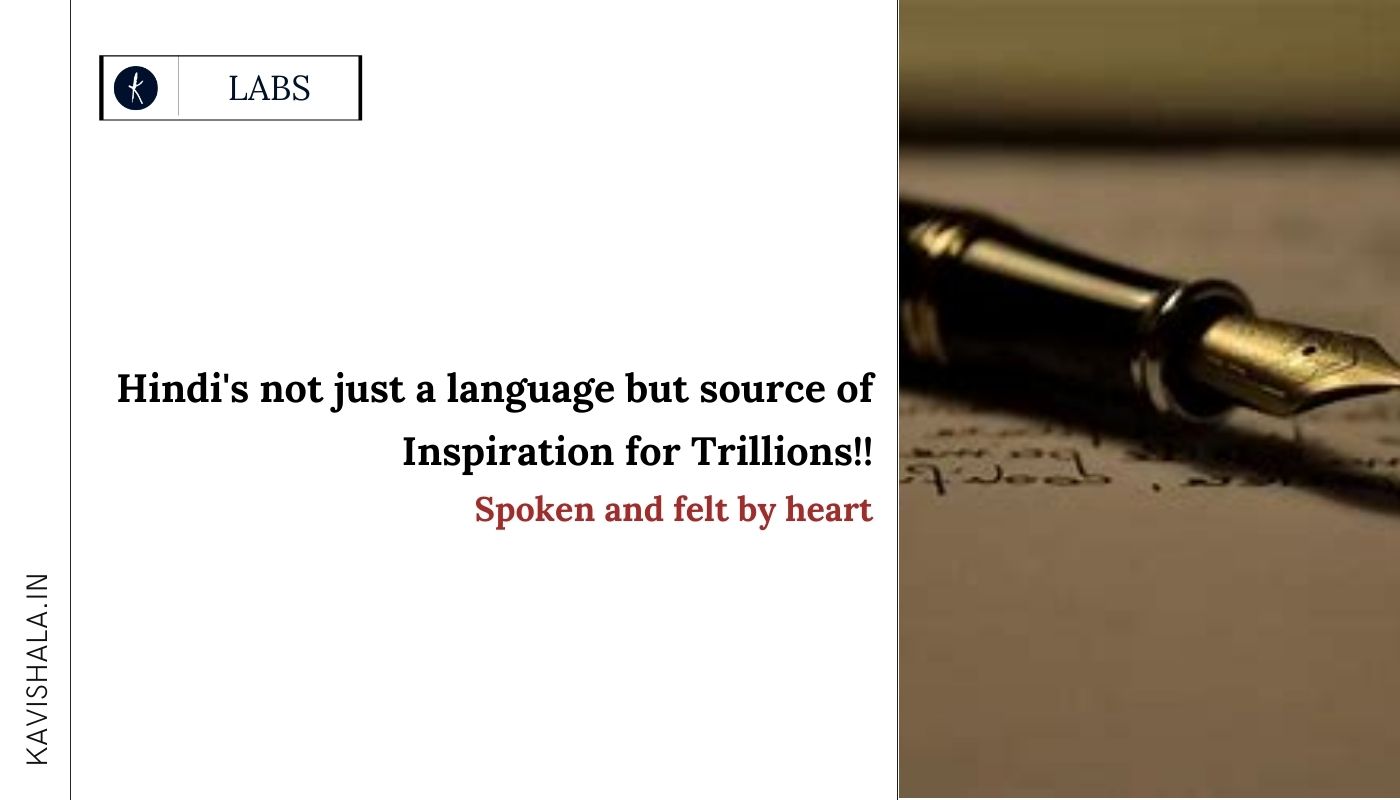 Hindi's not just a language but source of Inspiration for Trillions!

“Made weak by time and fate,

but strong in will

To strive, to seek,

India is a secular state that focuses on regional, linguistic and personal differences - to impose the use of Hindi majorly.

In India a total of 22 languages are spoken and that have been given the grade of national languages, including 1599 other dialects.

In 1950 Indian constitution has adopted proposed a gradual phasing out of English or legislating English to the status of a "subsidiary official language" over a period of 15 years.

Although according to the Official Languages Act, 1963  proposed the Indian parliament had the power to provide for the continued use of English even thereafter.

So, clearly, the phasing out of English never happened and even today the Hindi vs English is still a debatable issue in India.

MOST FAMOUS POEMS IN INDIAN LITERATURE THAT ARE RULING ENGLISH NOVELS :

For you, the women look through tangled hair

with men-folk traveling and take their cheer

from unions urged on by your path of air,

while I still distant and to blame appear

a hapless prisoner to another’s care.

English Title: Where The Mind Is Without Fear

Where the mind is without fear and the head is held high;

Where knowledge is free;

Where the world has not been broken up into fragments

Where words come out from the depth of truth;

Where tireless striving stretches its arms towards perfection;

Where the clear stream of reason has not lost its way;

Into the dreary desert sand of dead habit;

Where the mind is led forward by thee;

Into ever-widening thought and action;

Into that heaven of freedom,

My Father, let my country awake.

Institutional education systems have included Hindi literature in the course curriculum to promote our culture and language.

In 2012, the Bollywood film 'English Vinglish', featuring Sridevi, highlighted the story of an Indian housewife in the USA who enrolls in an English-speaking course.

All this just to stop her husband and daughter from mocking her poor English speaking skills and communication etiquette.

This disrespectful behavior by her family makes Shashi, the protagonist(Sridevi), feel negative and insecure abroad with superficial language.

This film was inspired by writer and director Gauri Shinde's personal experiences.

Gauri’s Marathi-speaking mother was not fluent in English, which embarrassed her as a child. Gauri Shinde said: "I made this film to say sorry to my mother."

The book and film both reveal the linguistic struggles(between Hindi and English) of a Hindi-speaking boy who gets admission at the prestigious English-medium St. Stephen’s College, Delhi.