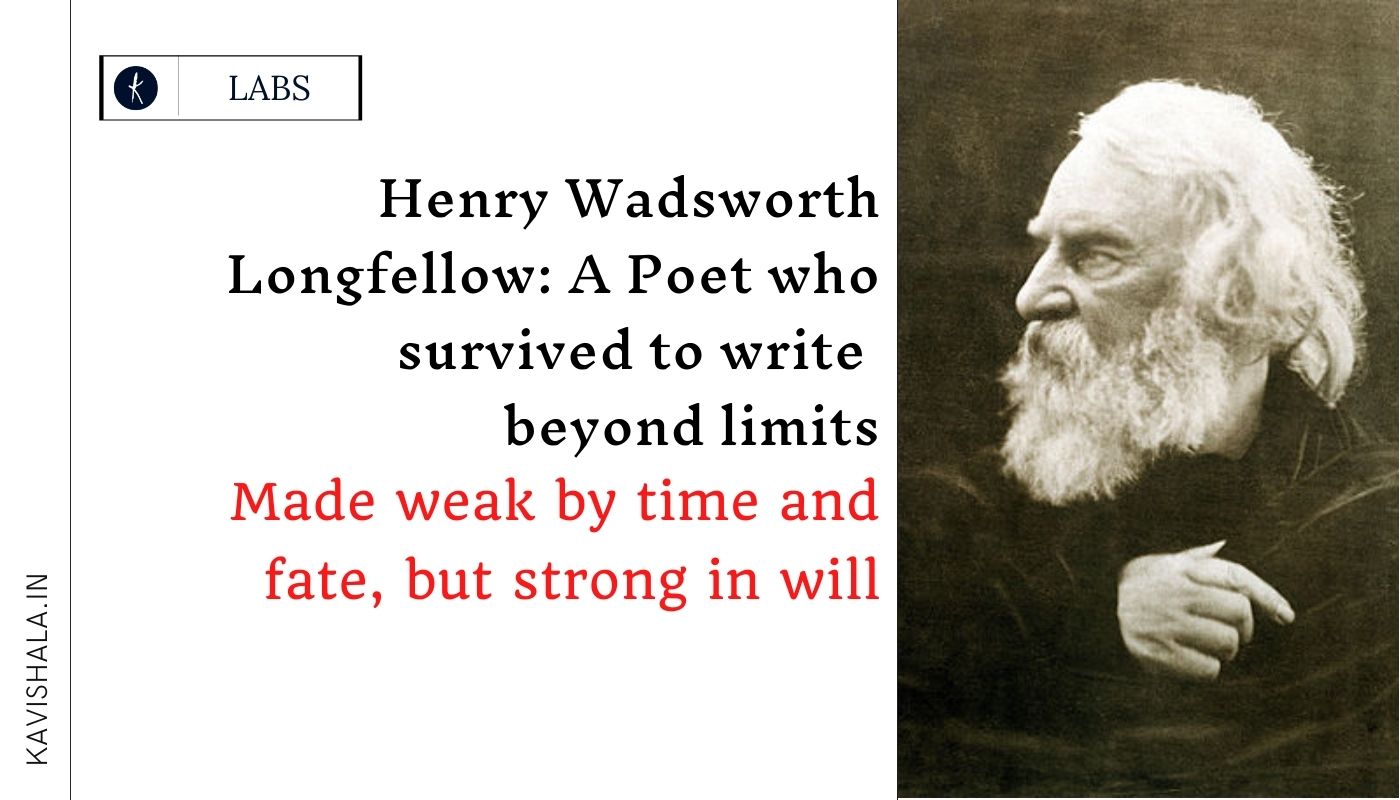 Henry Wadsworth Longfellow : A Poet who survived to write beyond limits

“But I, being poor, have only my dreams;

I have spread my dreams under your feet;

Tread softly because you tread on my dreams.”

Henry Wadsworth Longfellow was born on the 27th of Feb, 1807 . He was an American poet and a mindful educator whose works include "Paul Revere's Ride", The Song of Hiawatha, and Evangeline. The trivia is he was the very first American to translate Dante Alighieri's Divine Comedy and was among the fireside poets from New England.

Although his first major poetry collections were Voices of the Night in the year 1839 and Ballads and Other Poems in the year 1841.

He had retired from earlier teaching students in 1854 to focus on his writing, and he lived the remainder of his life in the Revolutionary War Headquarters of George Washington in Cambridge, Massachusetts.

TURNING POINT IN HIS LIFE

Henry's first wife Mary Potter died in the year 1835 after a miscarriage. Ans his second wife Frances Appleton died in 1861 after sustaining burns when her dress caught fire. After her death, Longfellow had difficulty writing poetry for a time and focused on translating works from foreign languages.

After that Longfellow wrote many lyric poems known for their musicality and often presented stories of mythology and legend. He had transformed into the most popular American poet of his day and had success overseas. Being criticized by some, however, for imitating European styles and writing specifically for the masses of works in short duration.

HIS COLLECTION OF POETRY

“Made weak by time and fate, but strong in will

To strive, to seek, to find, and not to yield.”