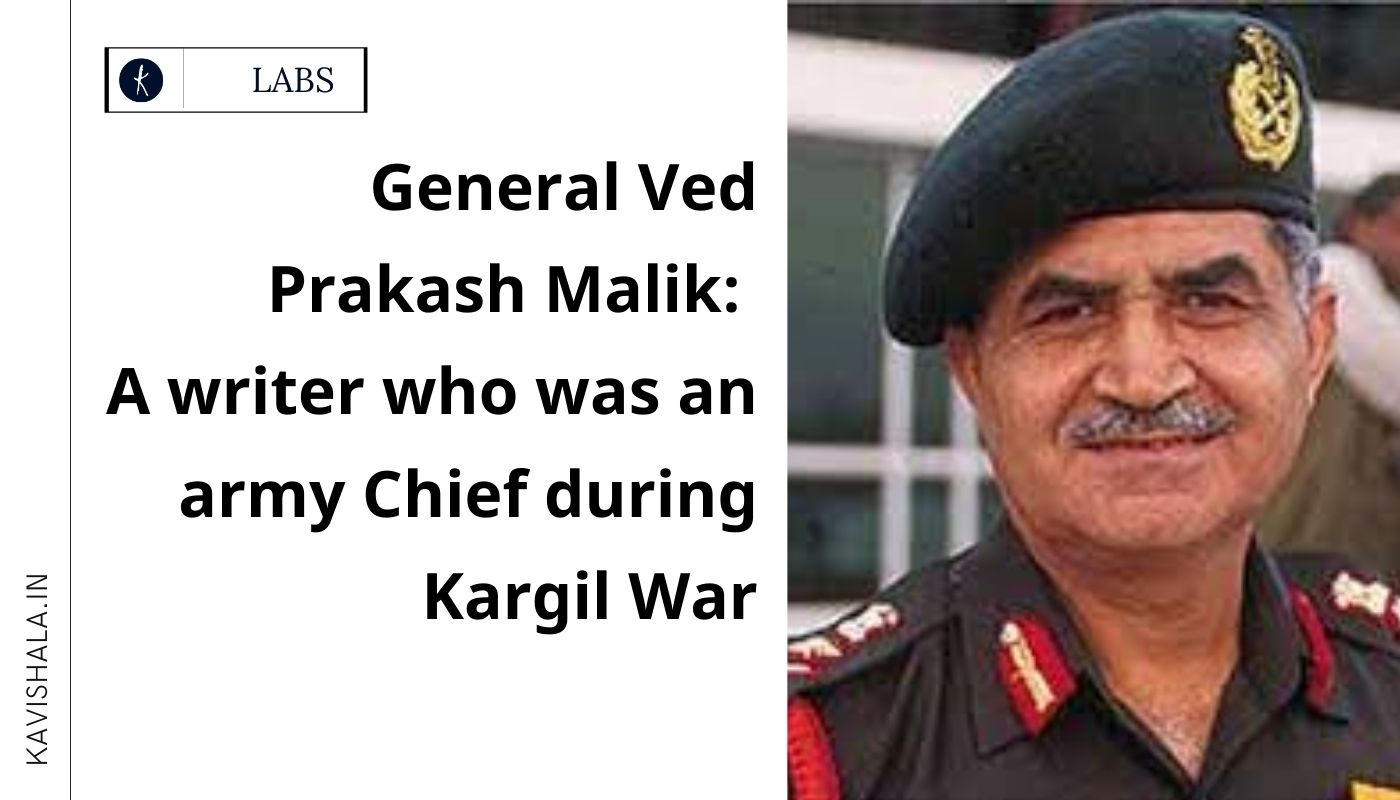 General Ved Prakash Malik : A writer who was an army Chief during Kargil War

You have never lived until you have almost died,

and for those who choose to fight,

Life has a special flavor,

the protected will never know.

THE ART OF WRITING BY HIM

He had a passion for writing opinion columns in newspapers and chapters in professional magazines/books, he has authored almost 2 books; “Kargil: From Surprise to Victory” and “India’s Military Conflicts and Diplomacy: An Inside View of Decision Making”.

He is on the board of two MNCs as an Independent Director.

General Ved Prakash Malik had drawn on these experiences, achievements, and leadership practices to deliver a very inspiring and motivational session to the mob. He has addressed his learnings in several universities, corporate organizations, and civil and military institutions in India and abroad.

HIS LIFE BEING THE CHIEF OF ARMY STAFF

As Chief of the Army Staff, Gen. Malik had the dual responsibility of being an “advisor” to the Government as well as commander of over one million strong Indian armies and managed all its functions to fulfill its national role and assigned missions. As Army Chief with the additional responsibility of Chairman, Chief of Staff Committee, he oversaw intensified anti-terrorist operations in Jammu and Kashmir and northeast India, management of disputed borders with China and Pakistan, and security relations with other nations.

HIS MOST FAMOUS BOOK

Kargil - From Surprise To Victory

The Kargil hostilities in the summer of 1999 and Operation Parakram two years later left lingering doubts about the conduct of war and near-war by the Indian Army.

The service chief during the Kargil war, General V.P. Malik, has written this book, he says, "to set the record straight" and, perchance, to refurbish his reputation, which took a hit because of the perception at the time of the army and its leadership has an impression created by the fact that Pakistani forces had ensconced themselves in strength over time across the LoC entirely unnoticed by anybody on the Indian side, including the army forward units.

This book has the same ground covered by the Kargil Review Committee, except that it is a sans intellectual artifice and gratuitous elaborative of the incidents that took place.