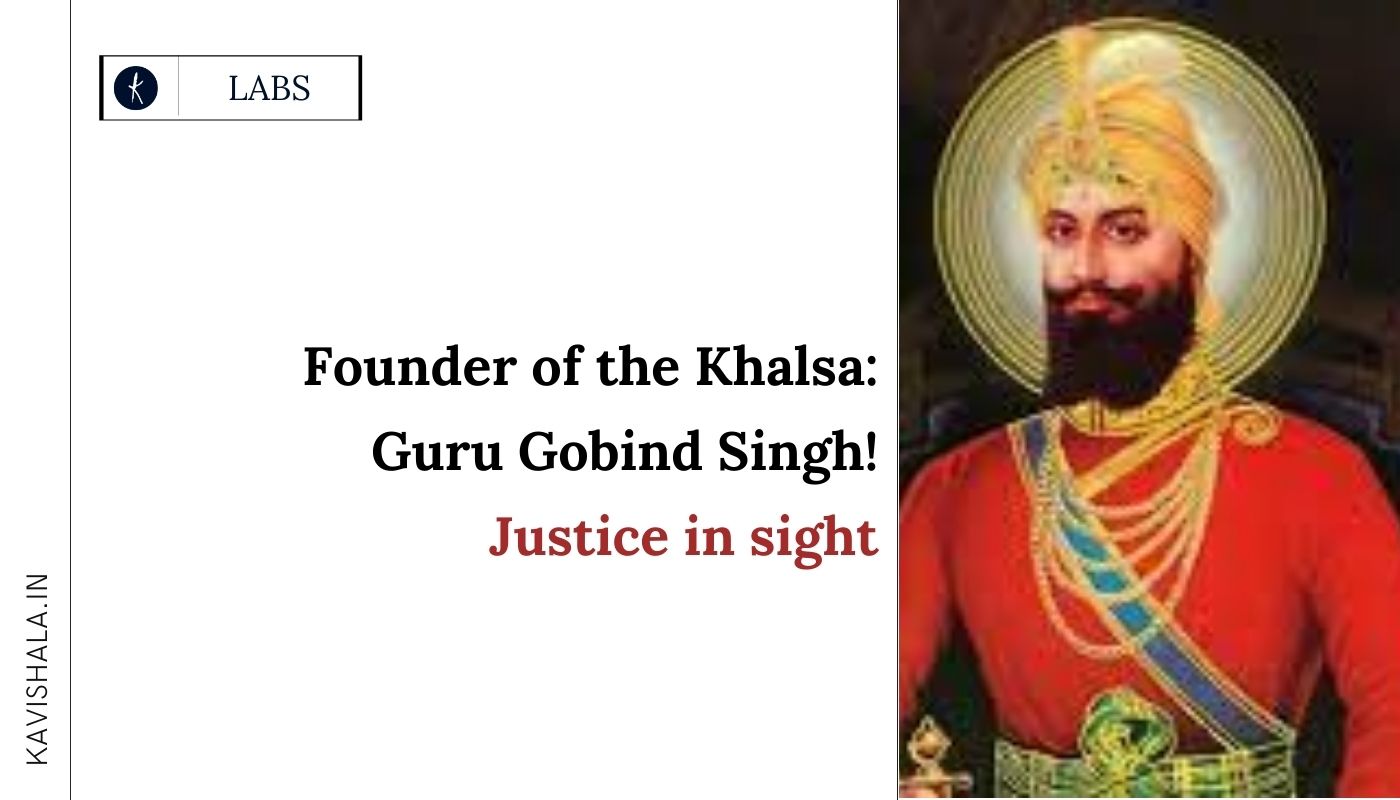 None of us had left our home country before

None of us knew we were going to war

The boat, the boat

I’m going to be sick

Not used to brown skin and turbaned black hair

We left towns behind for a desolate land

Only silence, or a white officer’s reprimand

The silence, the waiting

I’m sick with it

Army issue helmets we left in the mud

We had our turbans, our belief in God

The mud is deathly

They somehow got us into this; we have to get us out

We’re fighting someone else’s war we know nothing about

We have to fight for them

There are graves and monuments for those who lost their lives

There was no consolation for those who lost their minds

Founder of the Khalsa

Let's see how did he form the Community-

Guru Gobind Singh having been born on 22nd of Dec,1666 up to 7th of Oct. 1708, was a spiritual warrior, poet, and philosopher. Early, in the year 1699, the Supreme Guru requested the Sikhs community to congregate at Anandpur on the spring harvest festival. In order to volunteer, the fest one went with him inside a tent. The Guru returned to the crowd alone, with a bloody sword. He asked for another volunteer and repeated the same process of returning from the tent without anyone and with a bloodied sword 4 more times. When he had apparently dispatched the 5th, all five were seen to be very much alive. At their feet laid 5 slaughtered goats. The 5 brave volunteers became the Panj Piare, the “Cherished Five,” who had shown their loyalty beyond any question. He named them Panj Pyare and the 1st Khalsa in the Sikh tradition.

The Guru also gave them a new surname "Singh" (Lion). This made Guru the 6th Khalsa, and his name changed from Guru Gobind Rai to Guru Gobind Singh.

Guru Gobind Singh initiated the 5 K's tradition of the Khalsa,

Gobind Rai's name was changed to Gobind Singh possibly at the time of the creation of  Khalsa who was born in Patna, the only son of Guru Tegh Bahadur.

For many years after his succession as Guru, he continued his primary education in the Shiwalik Hills. He was appointed as the ruler of a small Shiwalik state, participating in various wars against other Shiwalik chieftains and demonstrating a particular delight in the sport of hunting.

Meaning:- When all has been tried,

yet Justice is not in sight,

It is then right to pick up the sword,

It is then right to fight.