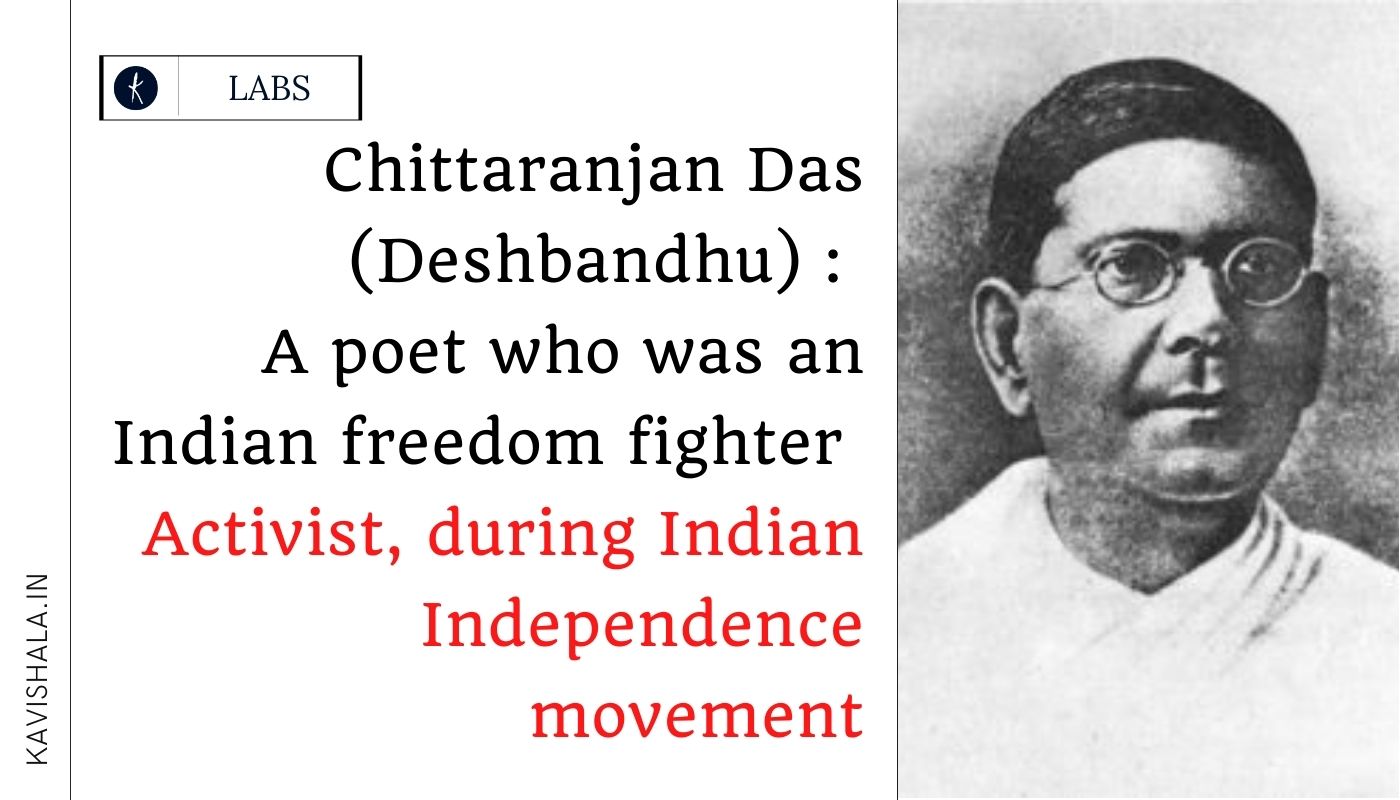 Chittaranjan Das(Deshbandhu) : A poet who was an Indian freedom fighter

We cannot forget that we live and we have been living for many years in the midst of an empire.

even our selfish interests, our hopes, our ambitions are indissolubly connected with the interest of the empire.

C. R. Das or Chittaranjan Das was born on the 5th of November 1870 and is known famously by the name Deshbandhu (Friend of the Nation). He was an Indian freedom fighter, political activist, and lawyer during the Indian Independence movement.

He was also the founder leader of the Swaraj Party(Independence party) in Bengal during the period of British colonial rule in India.

HIS CAREER AS A POET

Chittaranjan Das evolved as a Bengali poet, during the troubled days of the National movement when he published the first 2 volumes of his collection of poems titled "Malancha" and "Mala". In the year 1913, he had published "Sagar Sangeet" (The Songs of the Sea). His poems generally possess the additional interest of a highly illuminating spiritual documentary.’

Songs of the Sea

O thou unhoped-for elusive wonder of the skies,

Stand still one moment! I will lead thee and bind

With music to the chambers of my mind.

Behold how calm today this sea before me lies

And quivering with what tremulous heart of dreams

In the pale glimmer of the faint moonbeams.

If thou at last art come indeed, O mystery, stay

Woven by song into my heartbeats from this day.

Stand, goddess, yet! Into this anthem of the seas

With the pure strain of my full voiceless heart

Some rhythm of the rhythmless, some part

Of thee I would weave today, with living harmonies

Peopling the solitude I am within.

Wilt thou not here abide on that vast scene,

Thou whose vague raiment edged with dream haunts us and flees,

HIS LEGACY AND RECOGNITIONS

->A few years before his death Chittaranjan gifted this property including his house and the adjoining lands to the nation to be used for the betterment of the lives of women.

->Chittaranjan Park is home to a large Bengali community, which is originally EPDP Colony in South Delhi and is named after Deshbandhu Chittaranjan Das.