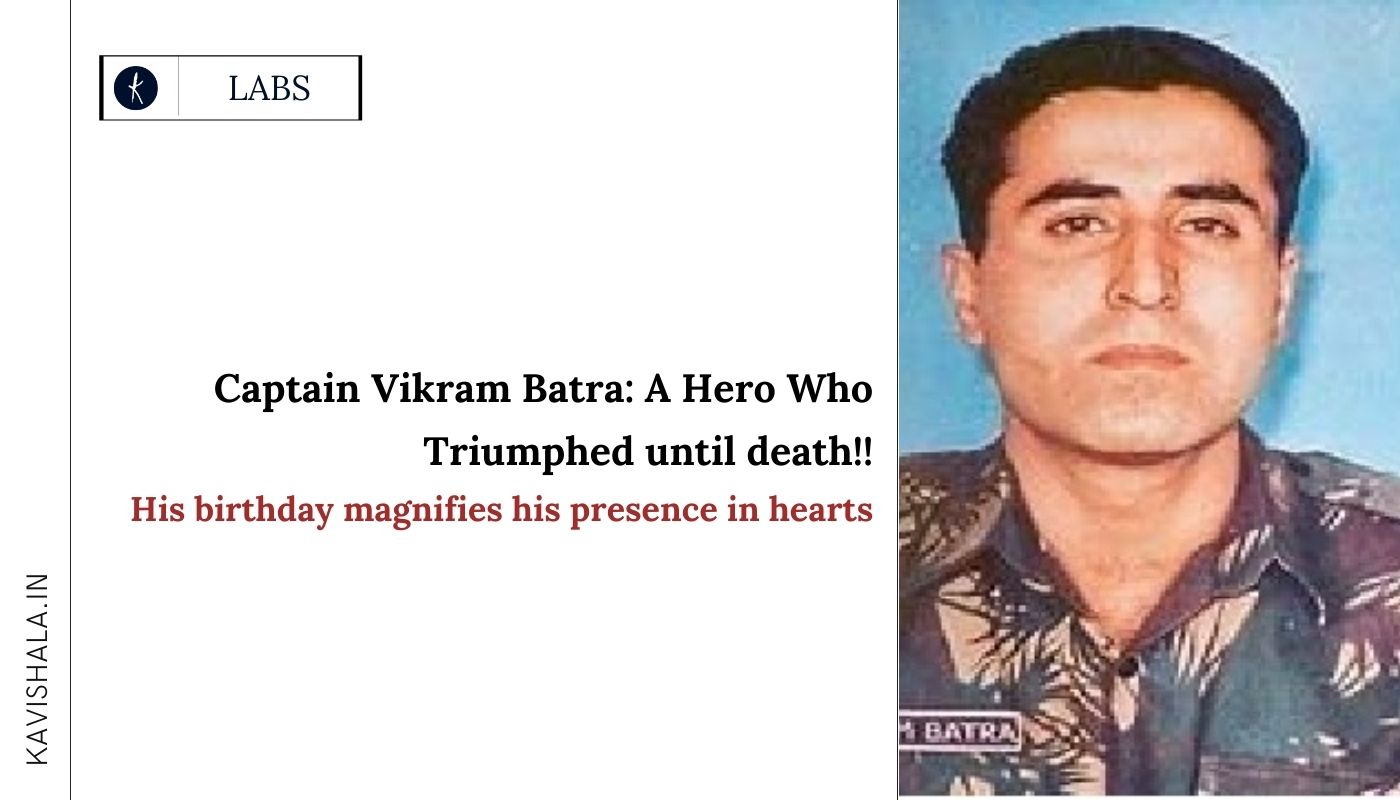 Captain Vikram Batra: A Hero Who Triumphed until death!

"If death strikes before I prove my blood, I swear I'll kill death" 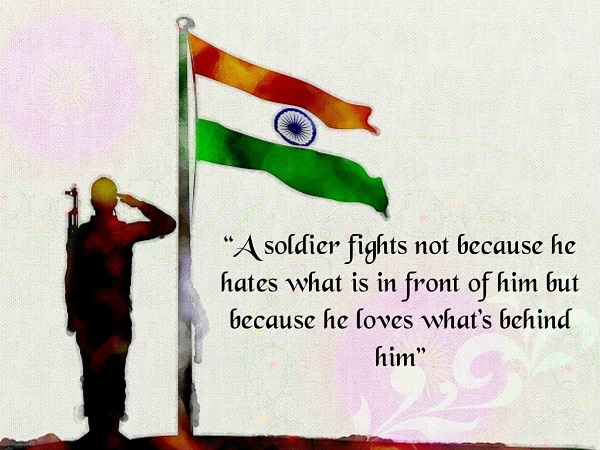 A Tribute To Kargil's Martyrs

Your valour and verve deserve respect

Your sacrifice on Kargil's peaks,

Your love for India it speaks,

Enemies heads shuddered when you roared,

Amid difficulties you lifted courage and hope soared.

Really a good lesson to foes you taught,

In the long run victory you brought;

Every breath you spent for country's sake,

And paved the way for generation next.

Faced the bullets you in your chest,

Really your job is commendable and best;

Your saga of sacrifice beyond doubt historic,

Will be remembered for ever your deeds heroic.

With tears in eyes WE bid you good -bye.

A recently released popular film, Shershaah, has brought the spotlight back on Captain Vikram Batra, who was the hero who had been martyred during 1999 Kargil War.Throughout the movie we revisited the brave moments of Captain Vikram Batra and his contribution to India’s victory during Kargil War. Hence, Batra was awarded with the Param Vir Chakra, i.e. India’s highest gallantry honour.

Vikram Batra: A Hero Who Triumphed until death!

General Ved Prakash Malik, the Chief of Army Staff had said Lieutenant Batra’s triumph up personally to congratulate him for the same.

In the meanwhile, his battalion with the 13 JAK Rifles was sent to Mushkoh valley, under supervision of 79 Mountain Brigade. The battalion was assigned the task of recapturing Point 4875, a peak that held significant strategic significance, for it dominated National Highway 1, right from Dras to Matayan. It made a stretch of over 35-40 km of national highway come under direct observation of the Pakistani forces, and they could manage to keep a check on the Indian army’s and troops movements.

However Vikram was suffering from fever and was recuperating on a sleeping bag. After initial reconnaissance, the operation was launched at night. The assault continued all night, with Indian forces facing stiff enemy fire from Pakistani snipers. Point 4875 was captured, and so was Area Flat Top an adjacent peak.

At this stage, Batra volunteered himself as reinforcement for the attack. Several other soldiers of his company offered to accompany him, without official orders. Many even risking a court-martial. Batra, accompanied by 25 other men, prayed at a Durga temple and left in the middle of the night to recapture the feature.

The battle continued until daylight.Having killed almost 4 enemy soldiers and successfully defending Area Flat Top,he was evacuating an injured soldier when he was hit in the chest by an enemy sniper and a second later was hit by a Rocket Propelled Grenade(RPG). Unfortunately, the Captain breathed his last near his fellow soldier.

He has been awarded the Param Vir Chakra on 15 Aug, 1999. The award was received by his father on 26th of Jan, 2000, at Republic Day Parade by President KR Narayanan.

Exclusive Part of the citation for him :

“ Despite sustaining grave injuries, he crawled towards the enemy and hurled grenades clearing the position with utter disregard to his personal safety, leading from the front, he rallied his men and pressed on the attack and achieved a near impossible military task in the face of heavy enemy fire. The officer, however, succumbed to his injuries.

Inspired by his daredevil act, his troops fell upon the enemy with vengeance, annihilated them and captured Point 4875. Captain Vikram Batra, thus, displayed the most conspicuous personal bravery and leadership of the highest order in the face of the enemy and made the supreme sacrifice in the highest traditions of the Indian Army.”

Captain Vikram Batra has been recognized throughout the nation for his contributions and bravery. For performance in his role in the capture of Point 4875, the mountain has been named Batra Top in the memory of his sacrifices. The Service Selection Centre(SSC) in Allahabad has been named as the Vikram Batra Block.

The IMA in Dehradun has named a cadet’s mess as the Vikram Batra Mess.

The Mukarba Chowk and its flyover have been renamed Shaheed Captain Vikram Batra Chowk and many more.