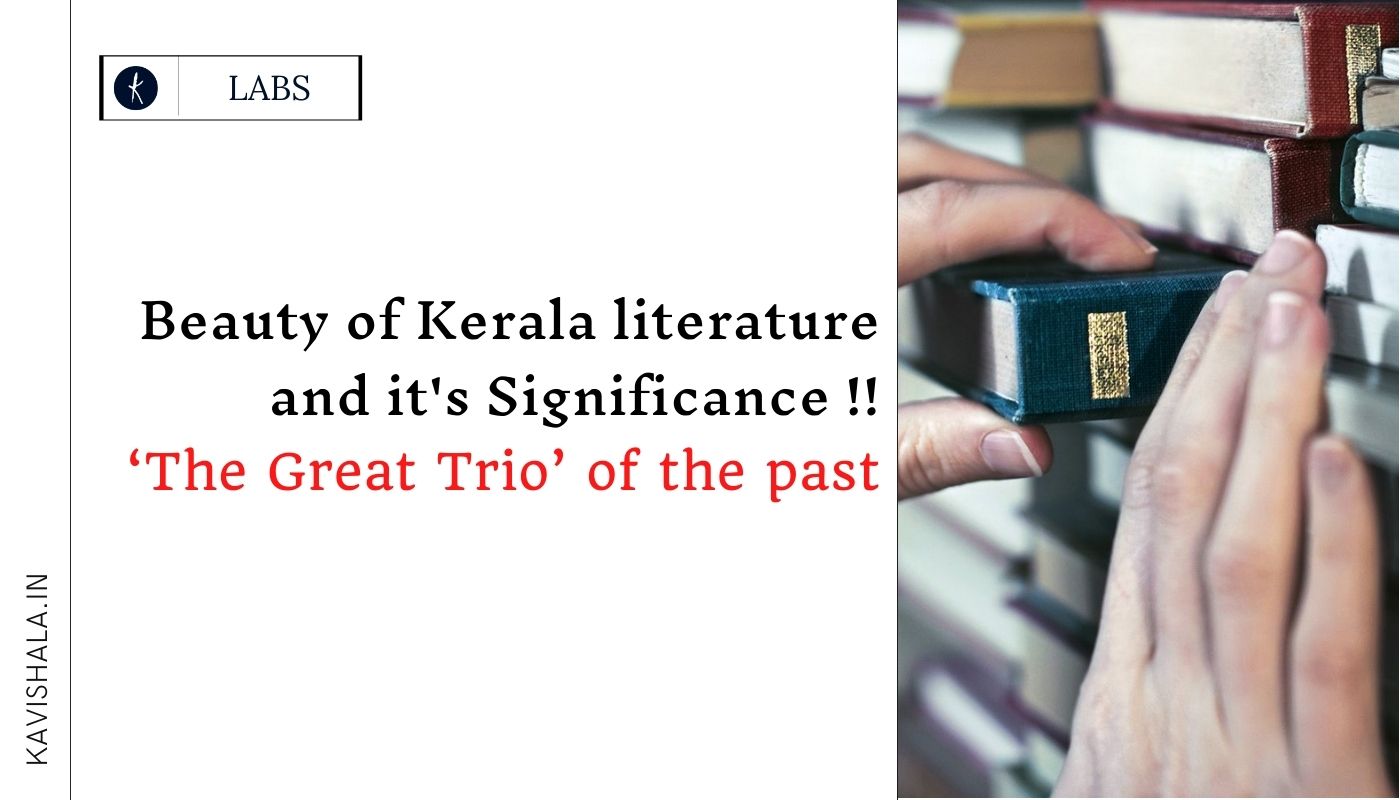 Beauty of Kerala literature and it's Significance !

“That is part of the beauty of all literature.

You discover that your longings are universal longings,

that you're not lonely and isolated from anyone.

It's a well-said proverb that, “The writings of a period, language, or country, especially those that are kept alive by their beauty of style or thought”. The word “Malayalam” means a mountainous country (“mala”- mountain,” Alam”-valley), signifying its origin from the western ghats.

However, it is anything constructed from a meaningful string of beautiful words.

The evidence of Kerala literature can be connected simultaneously with the origin of Malayalam itself. The first record of this literature is dated back to the ancient era of the 13th century. When Malayalam is often referred to as a poetic language affluent in every genre. Each successive generation has added its own contribution to Malayalam literature, the ancient texts are still popularly influential. Lack of printed medium, the literature of the ancient period reached its audience through performances like dramas, art forms like Kathakali, Ottenthullal, Koodiattam, etc., and through recitation like indigenous ballads and folk songs.

Great Author and Thinker Thunchath Ezhuthachchan is known to be the ‘Father of Malayalam Literature. He had written Adhyathmaramayanam, Bhagavatham, Ramayanam, etc.

Significance of Literature in Kerala

Do you know Malayalam, is the youngest of Dravidian languages, that developed a literary idiom of its own only by the sixteenth century?

Let us tell you the contribution of the Malayalam-speaking land to literature that has a lot more to say in its womb and can be traced back to the Sangam Age.

Being the native language of the South Indian state of Kerala and the Lakshadweep Islands on the west coast of India Malayalam is spoken by almost 4% of India’s population. Robert Caldwell earnestly learned almost all the Dravidian languages of Telugu, Kannada, and Malayalam apart from Tamil.

Famous Robert Caldwell used the word “Dravidian Languages” for the first time in the year 1856 to denote the inter-related South Indian languages.

To our surprise, the Malayalam language ranks 8th in terms of speakers among the 15 major languages of India.

HOW IS KERALA LITERATURE DIFFERENT FROM OTHERS?

->The style of poetry which was immensely popularised is known as ‘Kilippattu’.

->Ezhuthachan along with Kunjan Nambiyar and Cherussery were the most influential poets of the past and consequently the boldest.

->Best 3 of them collectively are known as ‘The Great Trio’ of the past.

->Their ultimate main contributions to the development of the language are incomparable and will be long cherished.