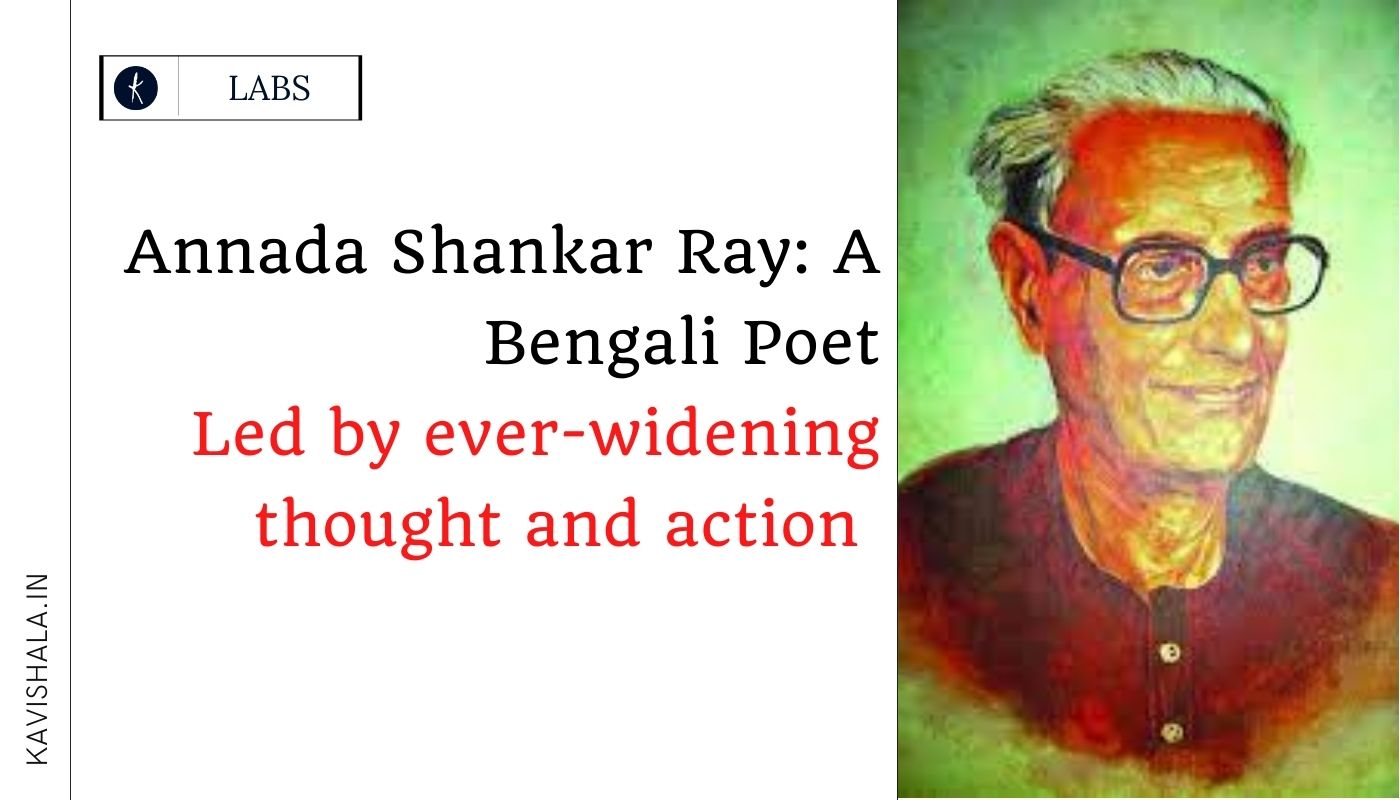 “Where the mind is without fear and the head is held high;

Where knowledge is free;

Where the world has not been broken up into fragments by narrow domestic walls;

Where words come out from the depth of truth;

Where tireless striving stretches its arms toward perfection;

Where the clear stream of reason has not lost its way into the dreary desert sand of dead habit;

Into that heaven of freedom, my Father, let my country awake.”

Annada Shankar Ray was born on the 15th of March in the year 1904. He was an Indian poet and essayist in Bengali who also wrote some Odia poetry in the meantime.

Annada wrote Bengali poems that were majorly based on criticizing the Partition of India. His recognizable works include "Teler shishi bhaanglo bole khukur pare raag Karo. The book Banglar Renaissance explains the history of the cultural and social revolution in Bengal. Ray's best-known work is Pathe Prabaase, which is a diary of his trip to Europe in 1931. He died in Kolkata on the 28th of Oct,2002.

We suggest our readers to read his top Novels -

His eminent Story collections include

Traditionally writing in the Bengali language exemplified by Rabindranath Tagore and Sukumar Ray, Annada Shankar Ray created poetry of ingenious rhyme and sound patterns, startling yet apt metaphors and descriptions, with dazzlingly imaginative subjects that range from satire to fantasy, or even combine the two. He was captioned being called a bridge between adult and children’s poetry, opening up the latter to the messy, crazy, ironic world.

->Received the Vidyasagar Smriti Award from the state government

->Padma Bhushan was his works.

->The Visva Bharati conferred on him the Desikottama and an honorary D.Litt.