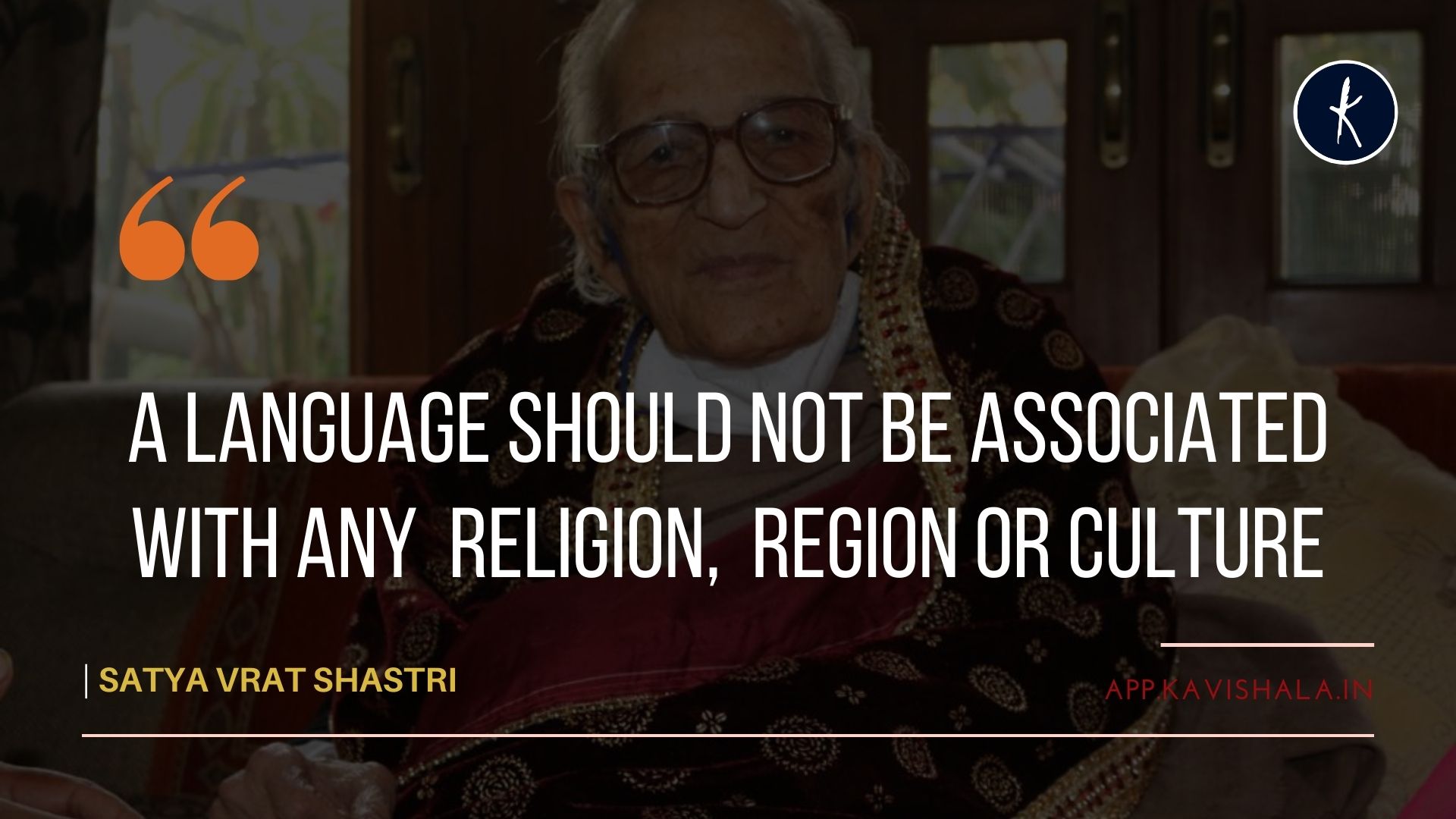 A language should not be associated with any religion, region or culture: Satya Vrat Shastri

Sanskrit lives on and it knows no barriers. Muslims and Christians made immense contributions towards the development of Sanskrit.

Satya Vrat Shastri was a Sanskrit scholar, writer and grammarian. He has written three Mahakavyas, three Khandakavyas, one Prabandhakavyas and one Patrakavya and five works in critical writing in Sanskrit indeed a great achievement! He was awarded with Jnanpith award in the year 2006, along with Ravindra Kelekar for his contributions to Sanskrit literature. He was the first writer from Sanskrit literature to receive this award. At present he is an honorary professor at the Special Centre for Sanskrit Studies, Jawaharlal Nehru University, New Delhi. His great contributions to Sanskrit literature include - Ramakirtimahakavyam, Brahattaram Bharatam, Sribodhisattvacharitam, Vaidika Vyakarana, Sarmanyadesah Sutram Vibhati, and Discovery of Sanskrit Treasures. He has received Sahitya academy award in the year 1968. He has received infinite awards and honours National wide as well as international and it's not easy to list them all. No doubt, he is a highly decorated personality and scholar in Sanskrit literature. In 2010, he received the Padma Bhushan Award. Shastri was born on September 29, 1930. He received his early education under his father, Shri Charu Deva Shastri. Later he moved to Varanasi for further studies in Sanskrit. He received his B.A. Honours. and M.A. in Sanskrit from the Punjab University. He did PhD from Banaras Hindu University. Then he joined Delhi University and worked there for 40 years. His subject was Sanskrit and he held many top positions as well. He was the Vice-Chancellor of Shri Jagannath Sanskrit University, Puri. Not only that, he was a visiting professor of many universities worldwide. Germany, Thailand, Canada and Bangkok were among those leading names. He has written Thai version of Ramayana and has done many such translations of Sanskrit Indian books. He left this world on November 14, 2021.

A language should not be associated with any religion, region or culture. Sanskrit was a living, breathing language and had opened doors to inspiration from Greek, Akkadian, etc, while influencing other international languages like Thai and German, who also taught Sanskrit to Thailand’s Princess Maha Chakri Sirindhorn in the late 1970s. - Satya Vrat Shastri