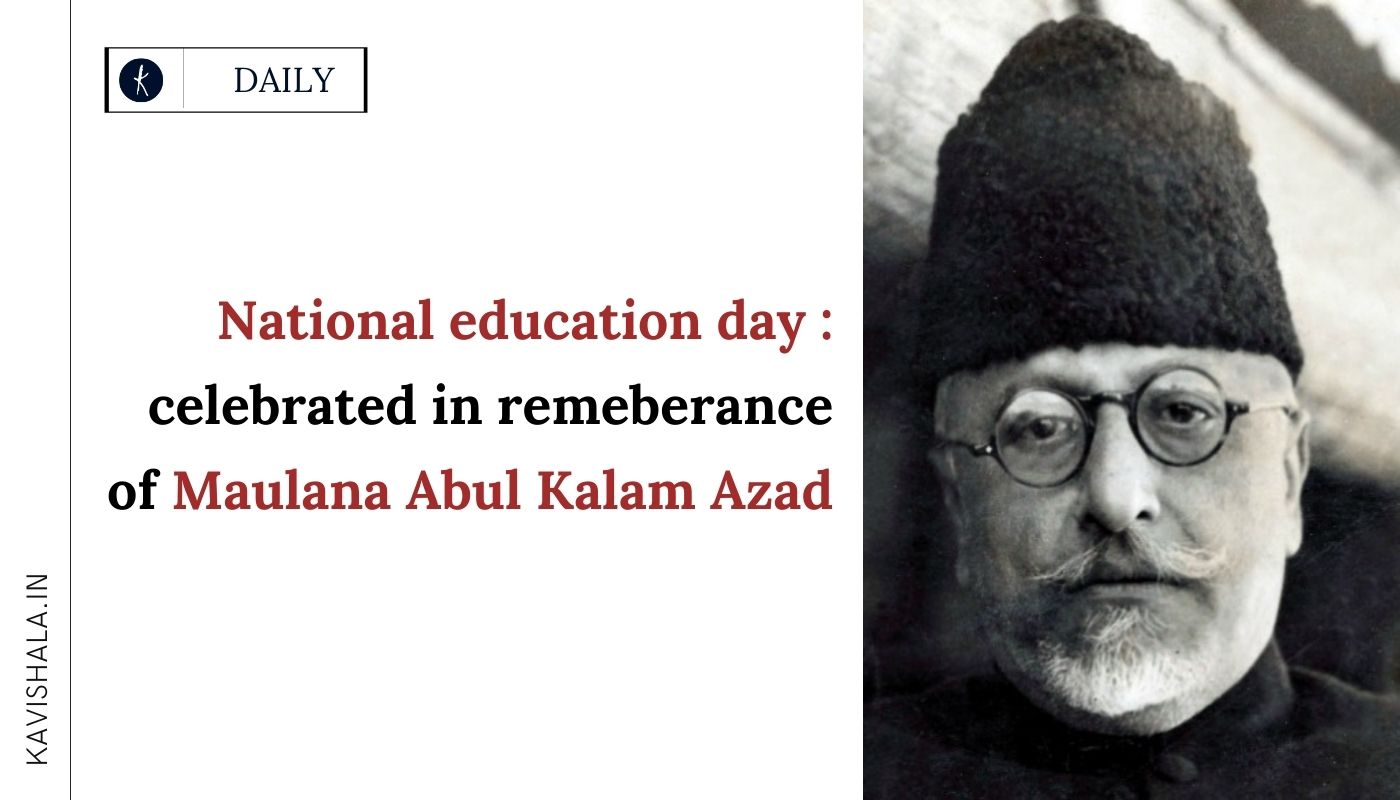 "Teaching by mouth can be intimidating. But stay strong with good work."

Education Day is being celebrated in the country today. National Education Day is celebrated on 11 November in the memory of the first education minister of India "Maulana Abul Kalam Azad". The Ministry of Human Resource Development had announced this day on 11 September 2008, that Maulana Abul Kalam Azad has made significant contribution in the field of education in India. Therefore, remembering him, the birthday of this great son of India will be celebrated as Education Day. Maulana Abul Kalam Azad served as the first education minister of independent India from 1947 to 1958. He believed that primary education should be given in the mother tongue. He not only emphasized the education of women, but also advocated for free all primary education as well as vocational training and technical education for all children up to the age of 14 years. Maulana Azad was a prominent journalist of his time and also participated in the Indian nationalist movement. He also tried to explain the relationship between education and the development of the nation. Sangeet Natak Akademi, Sahitya Akademi, Lalit Kala Akademi were formed in 1950. All this happened under the leadership of Azad. Simultaneously, in the Central Assembly in 1949, he emphasized the importance of modern science. Maulana had established more and more schools, colleges and universities to increase the level of education. Apart from this, Maulana Abul Kalam Azad also organized AICTE He also contributed in the establishment of units and IIT, IISc, School of Planning and Architecture, School of Architecture were established by him. In 1912, he started a weekly magazine in Urdu called Al-Hilal to increase revolutionary recruitment. He was awarded the Bharat Ratna, India's highest civilian honour, in 1992. In October 1920, Azad was selected as a member of the Foundation Committee for the establishment of Jamia Millia Islamia in Aligarh, UP, without any help from the British colonial government.

To contribute to better education,

"Teachers should be role models for students by developing an inquiry mindset,