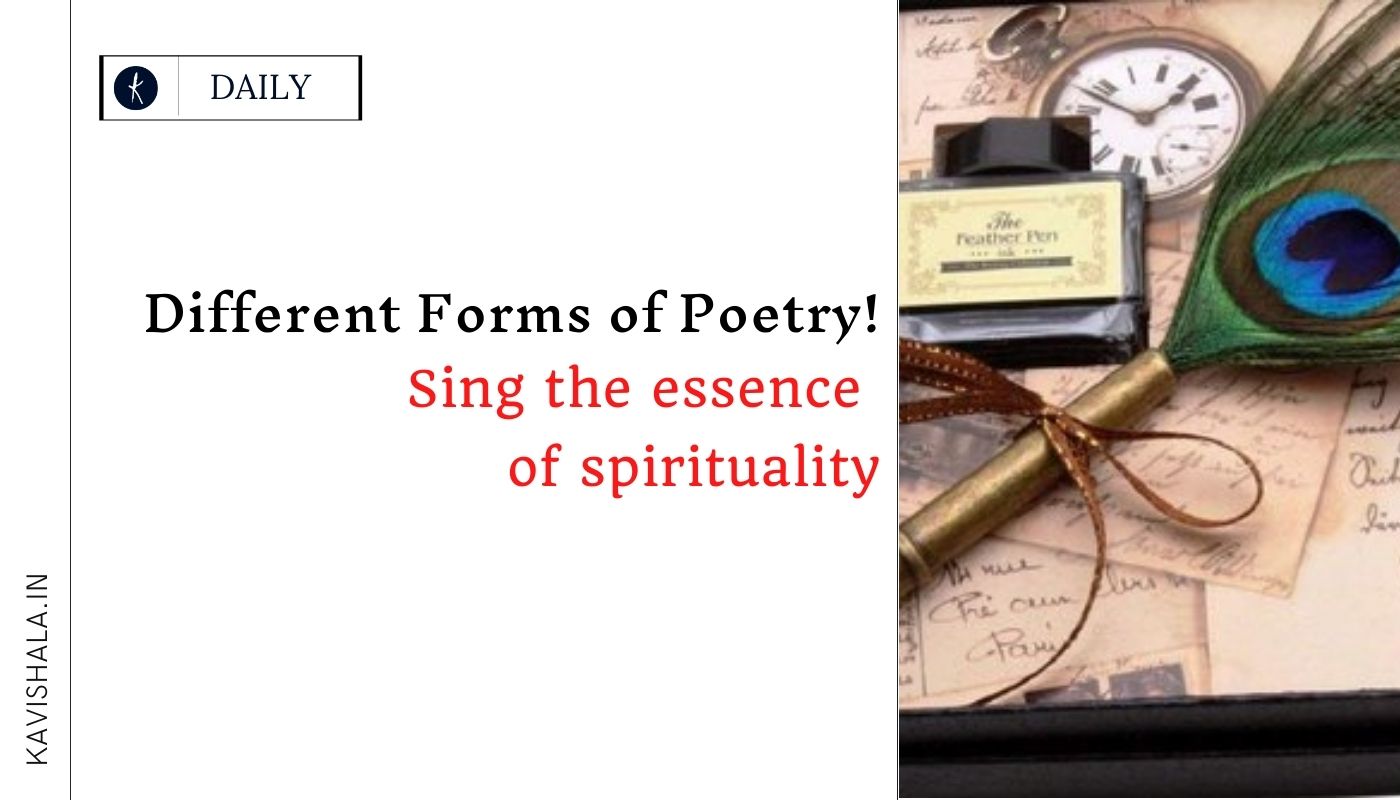 "When you are passionate you can be bold because you have that drive,

﻿that enthusiasm, that courage, that excitement. "

The various poetic form are well-versed and structured within the length of lines, their system of rhymes and repetition.

In the true sense, it is normally category of poem that have been shaped into a familiar pattern.

Almost everyone has heard of Sonnet which is basically a poem of 14 lines.

However, by the mid of 14th century and the Italian Renaissance, the form had further made well defined under the pen of Petrarch, whose sonnets were translated in the 16th century by Sir Thomas Wyatt, who is credited with introducing the sonnet form into English literature. A traditional Italian or Petrarchan sonnet follows the rhyme scheme abba, abba, cdecde.

Example: John Milton’s “On His Blindness”.

The English or Shakespearean Sonnet has the rhyme scheme abab, cdcd, efef, gg.

Another example can be : William Shakespeare’s “Time and Love”.

Basically Lyric is a form of poetry, that is subject of being sung to the accompaniment of a musical instrument or that expresses intense personal emotions in a manner suggestive of a song.

Poet expresses the thoughts and feelings through such poetries.

An “Ode” comes from the Greek aeidein, that means to sing or chant, and signifies to the long and varied tradition of lyric poetry.

Originally accompanied by music and dance, and later reserved by the Romantic poets to convey their strongest sentiments, it can be generalized as a formal address to an event, a person, or a thing that is not present.

Example : William Wordsworth’s “Ode on Intimations of Immortality From Recollections of Early Childhood”.

Nonetheless an elegy, in poetic terms is a funeral song. It can be thought of as a melancholy poem, which is written to mourn the death of someone, who is close to the heart or in deep serious relationships. The first Elegies were written in Roman and Greek language in ancient period.

To know more about it readers must read : Thomas Gray’s “An Elegy Written in a Country Churchyard”.

Idyll is sort of short poem, which is mainly descriptive of rustic life, written in the style of Theocritus’ short pastoral poem the “Idylls”.

Epic is basically a long, often book-length, narrative in verse form that retells the heroic journey of a single person, or group of persons.

Ballad is a form of verse, often a narrative, and set to music. Etymologically, the word ballad has been taken from Latin word ballare, meaning dancing song. F.B. Gum has explained the definition of ballad as,

“a poem meant for singing, quite impersonal in material, probably connected in its origins with the communal dance but submitted to a process of oral traditions among people who are free from literary influences and fairly homogeneous in character.”

A Ballade is one of the principal forms of music and poetry in 14th and 15th century in France. It contains 3 main stanzas, each with the same rhyme scheme, plus a shorter concluding stanza or envoi.

The tone of the ballade was often solemn and formal, with elaborate symbolism and classical references.

A Whimsical, 4 liner biographical poem invented by Edmund Clerihew Bentley. The very first stanza is the name of the poem’s subject, usually a famous person put in an absurd light. The rhyme scheme is AABB, and the rhymes are often forced. The line length and meter are irregular.

A Clerihew can be observed in : W.H. Auden’s “Literary Graffiti”.