The manager talks about getting engaged 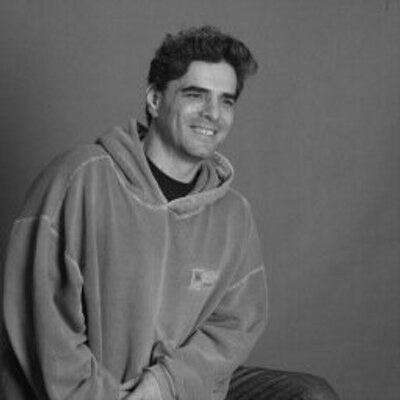 I think I’m ready, he says. What was it like for you? Did you

do anything special? The story is, yes, it was, in fact, special,

but not because of any particular planning, or creative

proposal-ing. It was spontaneous and, actually, I don’t

want to talk about it. Despite all my admonitions

to students about vanquishing vagueness, it’s not

and a tall bearded man playing bagpipes in the midst

of a mournful fog, and that’s all I’m going to say.

The story is for me and for Karen and, maybe, one day

for our children. I hold it tight to my chest and I want

and I’m mopping the floor. Sort of. It’s been

a long, unnerving night, ice and snow and roads

that want to bite, and he’s counting money

in the register and accomplishing other mysterious

bucks for eleven hours, not horrible—but the floor

sneers daunting and salty and the water in the mop-

like I just survived six minutes of wrestling against a State

Champ, so I’m half-tempted to tell the story just to cheer

my own damn self up.

on a ninety-seven dollar bill, and he also declined

to schlep seven pizzas (including one gluten-free)

upstairs to the classroom, so I did it for him, an extra

ten minutes of my time while another customer’s

delivery camped in the car, and I don’t know what

kind of class it was, possibly marketing, something

About thirty undergrads inhabited the classroom, each

likely capable of chipping in a buck, though none offered,

and I considered making a public announcement exposing

my car smell like pizza and so much of me wanted to say,

listen up, students, the dude here who’s grading your papers,

or, more likely, foisting that job onto a graduate assistant who

gets paid little more than expired lettuce, is trying to make nice

with me, act like he recognizes the complexity of my humanity,

but he just tipped 5 bucks on a 97-dollar bill and you do the math,

and I got two kids I’m not putting to bed right now, not helping

with their homework, not standing next to in the washroom

to go on this shift, then it’s sleep two hours and snap my sorry ass

awake for my son’s hockey game, so if you learn one lesson this semester—

how about it’s every person who’s ever served you anything, fed

you or cooked for you, or refilled your coffee or refolded a sweater

and bagpipes and mournful fog they hold close to their chests?

But I don’t say any of that and I feel smaller for it. I want to be

that fiery teacher I once was, unafraid of losing his job, unwilling

to compromise a principled belief or stand in muted silence

looking up from his register, his own shoulders looking like

apart by squirrels, and I push the mop harder, try now to make

the floor Cinderella-sparkle, for we who close the store at 5 a.m.

must be our own fairy godmothers, our own Prince Charmings,

there is no one else in this moment for us, no one thinking of us

but us, and I polish that floor so it shines like a glass slipper

and the bark of sea lions lurches upward from hundreds

of feet below the craggy cliffs and it roars onto my tongue;

actually, I say, special doesn’t begin to describe. It was in Santa Cruz

pressing fingernails into the hollow of your back so I gave her my sweatshirt.

It was royal blue with, for some reason, the number 88 sewn onto the front

on a white patch, and we could hear some guy playing bagpipes, sending

could hear… and she started nodding her head and I said

But I already knew.