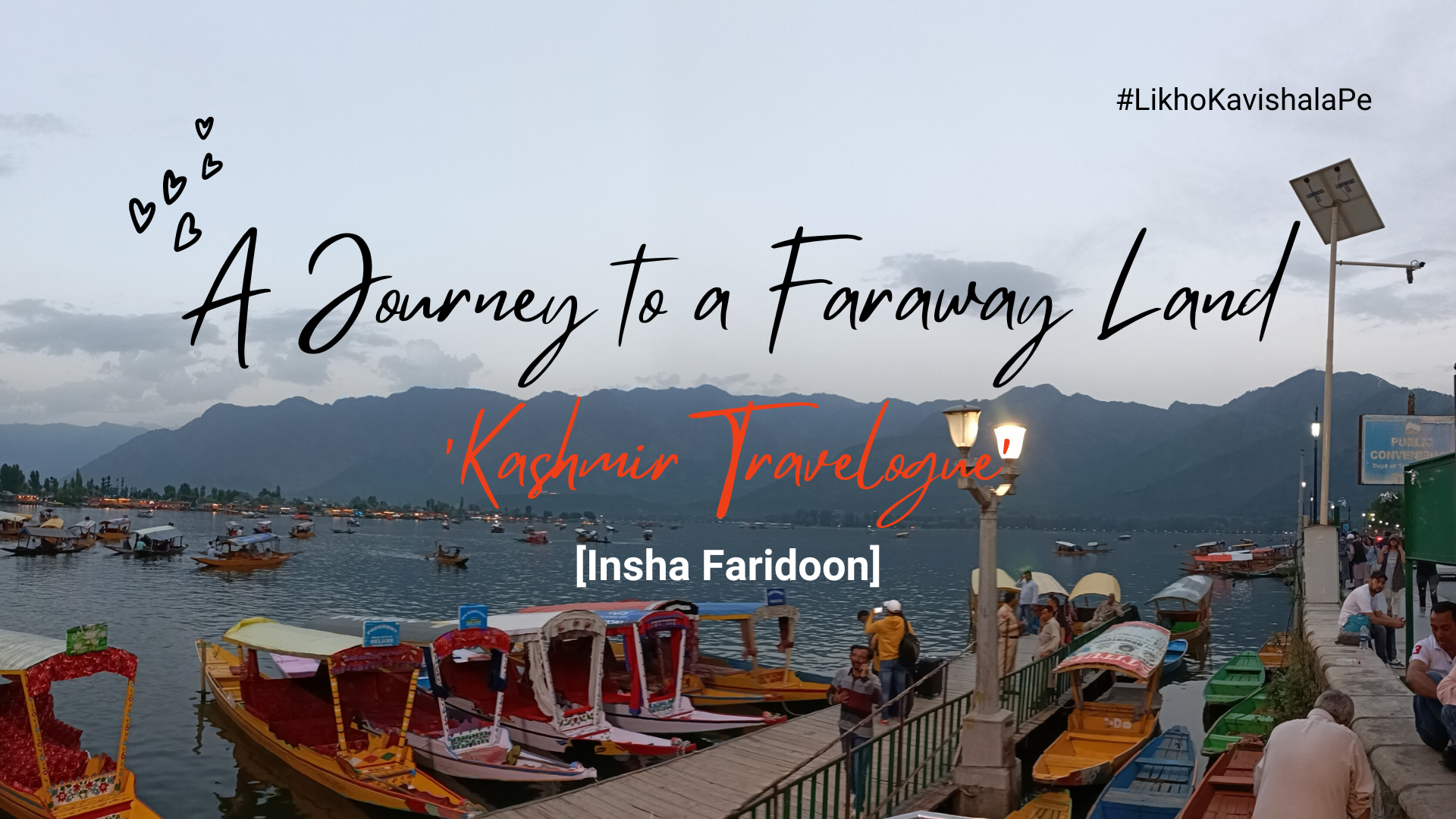 A Journey to a Faraway Land - Kashmir Travelogue 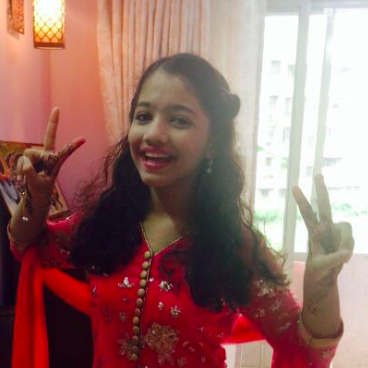 I woke up at 7:58 a.m. It was a warm summer morning. Warmer than I would have liked it to be. Which is why it was the perfect time to go off to a hill station and bask in the cool pleasant weather of Kashmir. Calling Kashmir a hill station isn’t entirely right, since it is an entire state, fortunate enough to be in the lap of the Himalayan mountain range. Being stuck at home for two years because of the pandemic, and still being stuck at home later because of exams can really do wonders for a person’s psyche. So I had decided that I want to travel somewhere far away, and forget about my usual life for a while.

I did some last-minute packing and changed into comfortable clothes for the flight. It was going to be a long day, and though I do like looking fancy every once in a while, I believe in comfort over everything else. 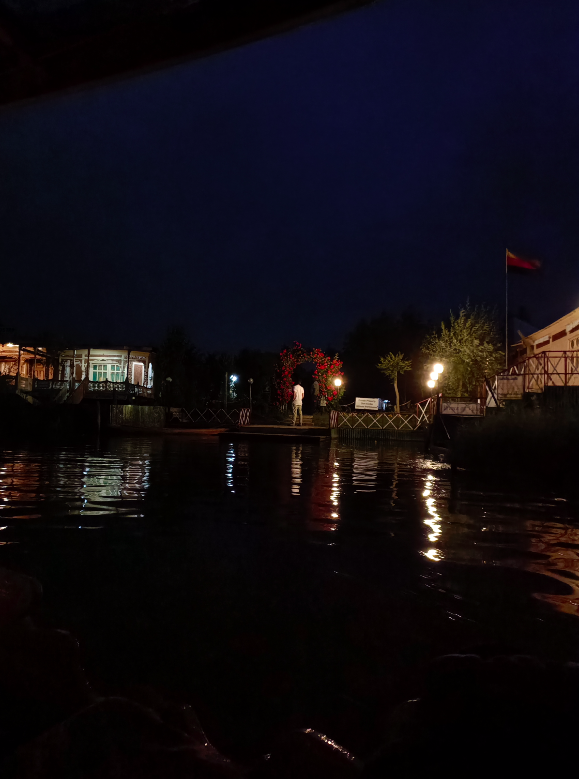 It seems like everyone had the same idea, of flying away to a cold place to bear the heat wave that had taken over the country. The airport was packed full of people, and the boarding gate for the Jammu and Kashmir flight seemed to be fuller than most. I bought a few books at the bookstore at the airport and waited for the boarding to start. The flight took almost four hours, enough to bore the most patient of people. I had downloaded some episodes of my favourite show on Netflix, which helped me pass the time. By the time lunch rolled around, my stomach had begun to grumble. The only thing I had eaten all day was breakfast, which was hours ago.

My mom, bless her foresight, had packed a bunch of homemade parathas. Everyone knows how airplane food is like, and I was only too happy to avoid it. It seems like my mother was not the only one who thought this way, because I noticed many other people who had brought tiffin boxes full of food on the flight. 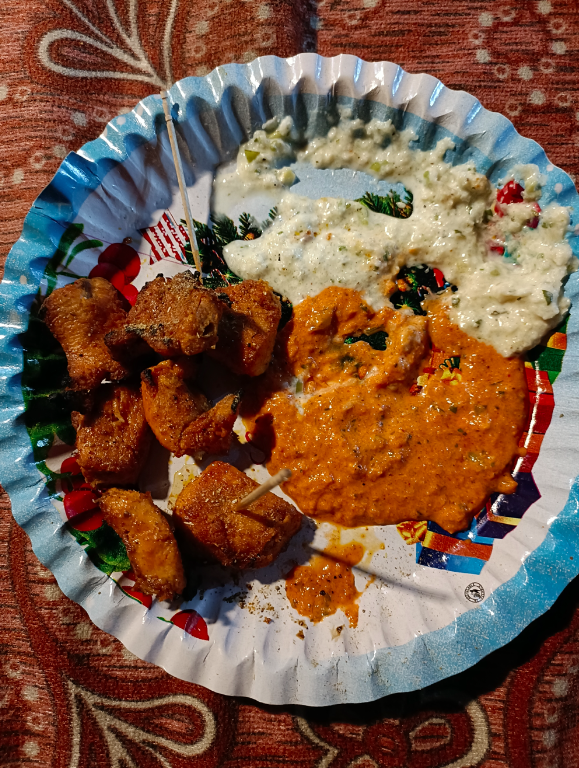 We had a stopover at Jammu. Honestly, I didn’t understand the point of having two airports in such close proximity. It took us only about half an hour more to reach Srinagar. The airplane staff mentioned that they were both defense airports. As the plane began to descend, we could see the snowcapped Himalayan peaks come into view through the airplane window. When the plane got closer to the ground, we could also see lush fields and colourful picturesque houses. It felt like I had walked right into a postcard. 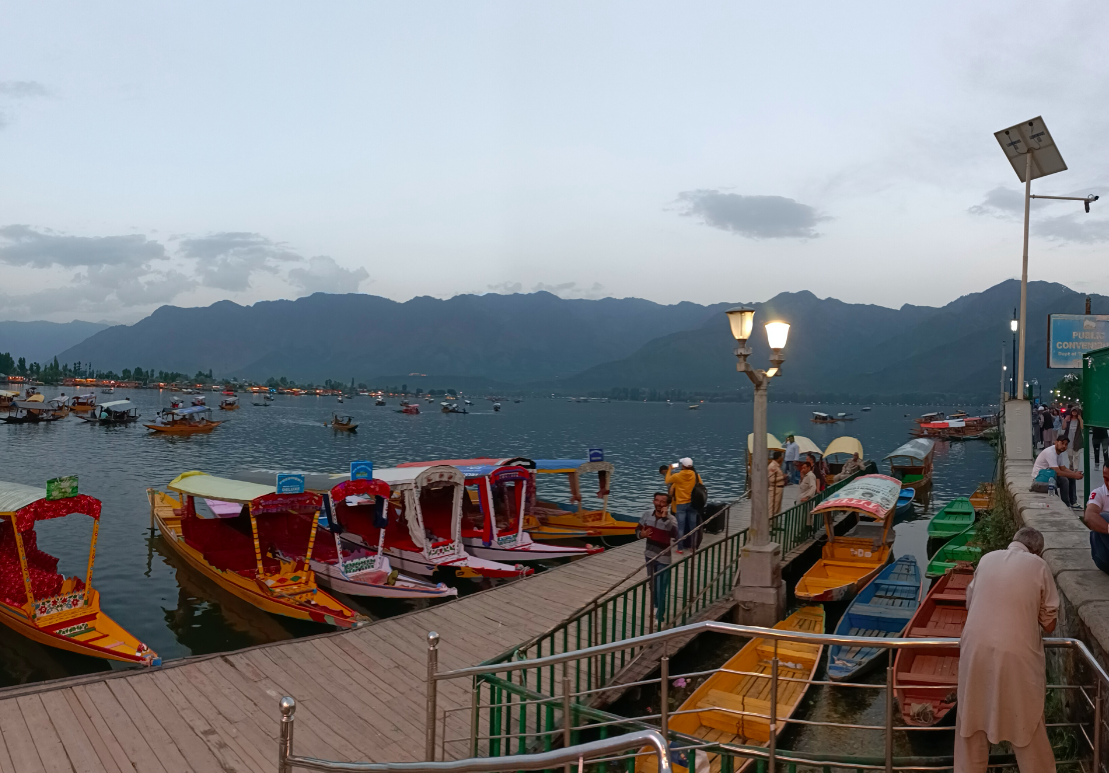 We got off the plane and collected our luggage. The airport was quite small, decorated with pictures of Kashmiri tourist attractions. Walking out of the airport, I saw the sunset. Maybe it was just tourist fever, maybe it really was that beautiful, but the setting sun looked like someone had painted over the sky with the most beautiful colours just to welcome us. The road leading out of the airport was lined with colourful summer blossoms.

We made our way to the Dal Lake, where we would be spending the night on a houseboat. The traffic was horrible. The hordes of tourists making their way to the houseboats seemed endless. By the time we finally reached the dock, the sun had already set. The oarsman of the shikhara offered to take us on a tour of the Dal Lake. Dusk rolled around and we could see a bright string of lights snaking across a nearby mountain. The oarsman told us that each one of those lights was a soldier, stationed on the mountain. 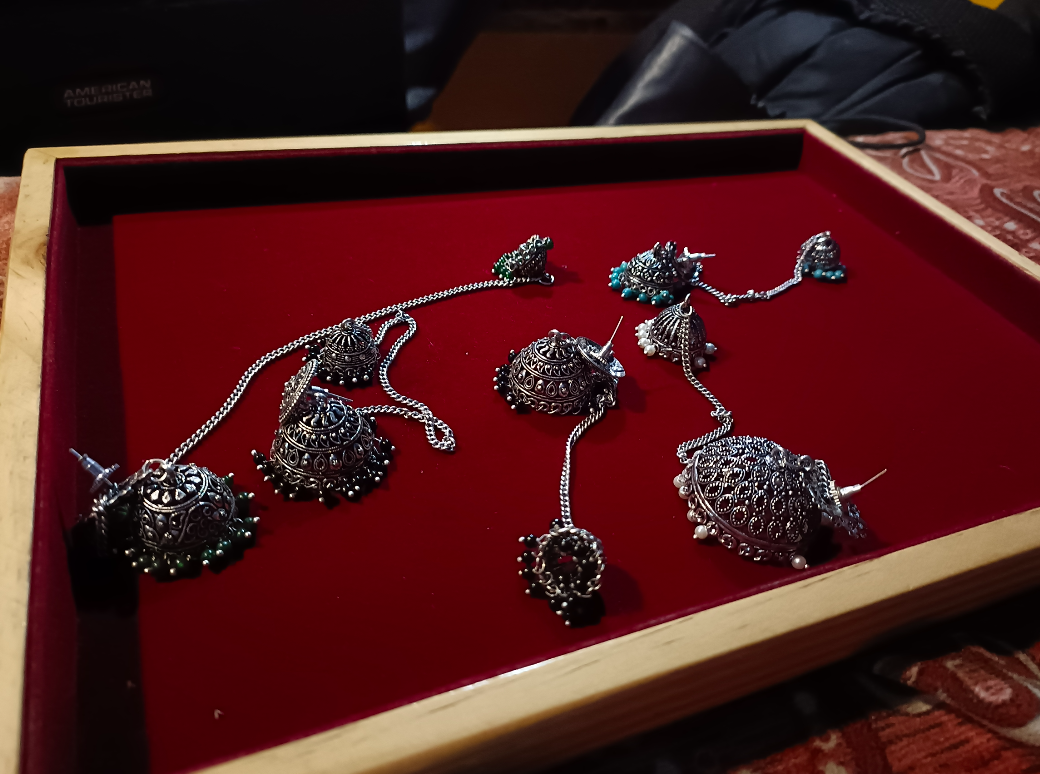 The Dal Lake looked ethereal. Dyed cobalt blue by twilight, surrounded by mountains and lit up by the faint lights of passing shikharas Many sellers came up to us in their shikharas and offered us food and drinks. It was an experience unlike any other.

To be honest, I have always found boating to be sort of boring. Once you are in the middle of the water, there isn’t really much to do except stare at the scenery, look for fishes, and if your companions are chatty enough, have a conversation. But the Srinagar salesmen had completely revamped the idea of boating. The sellers wouldn’t leave you alone for even a moment, for better or for worse. It was fun at the start, but when someone tried to sell us jewelry for the third time in the same evening, it got a bit annoying. 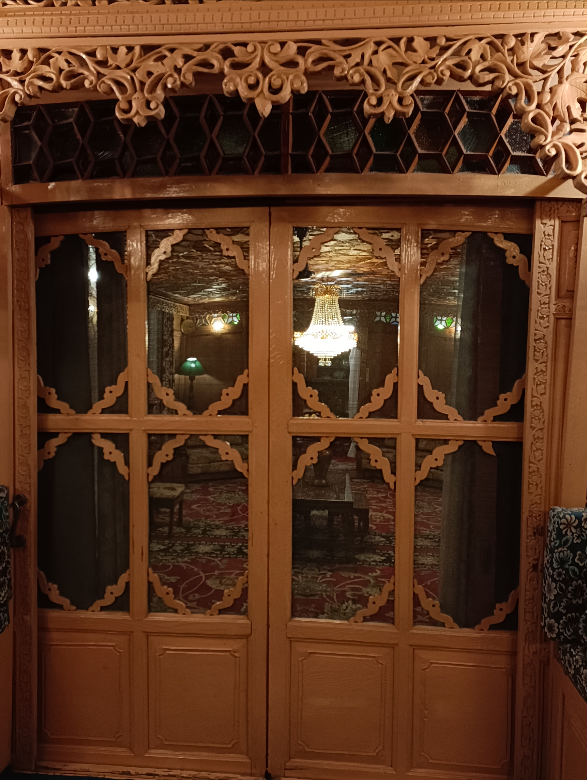 We came across a floating market, and it seemed like a legitimate market, not just a tourist trap. Locals had come down there to shop for fabrics and spices. I tried out a traditional Kashmiri drink called Kahwa. It was unlike anything I have tasted before. A sort of herbal concoction, kahwa was chock full of several comforting flavours and fragrances. It even had some shaved almond floating on top. I was miles and miles away from Mumbai but drinking the Kahwa made me feel like I was back home, cozily wrapped up in a blanket. Though the weather there was definitely not appropriate for hot drinks and blankets. 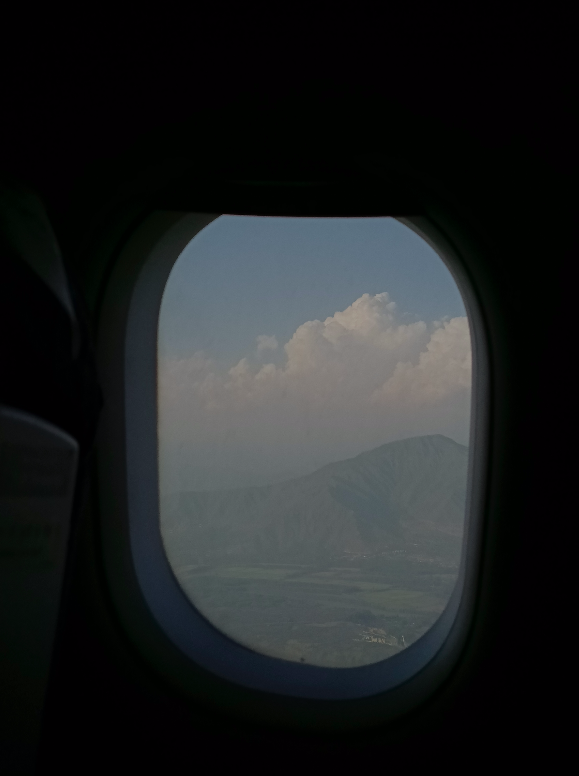 We finally arrived at our accommodations, the houseboat we were staying at for the night. The entrance was decorated by a beautifully carved sliding door. The walls around the doors were also carved with intricate designs, lit up by shining golden lights. The door opened up into a lavishly decorated living room, carpeted from one end to the other. The wood panelled walls and fine furniture made it look like something straight out of a Christmas movie. A lovely collection of chinaware stood in a glass cupboard behind the dining table.

We were led to our room, one of the many reserved for the many guests on the houseboat. We saw a few people in the common area and greeted them before we settled into our room. We washed the dust and tiredness of the day away and lay down to rest for a while. Hotel rooms are usually decorated in a pretty neutral manner; it’s not meant to be appealing, it’s just supposed to safe choice. The hotel staff don’t want people calling up about the garish colour of the sheets or the gaudy curtains. But the beds in the houseboat were covered with colourful flowery blankets, and the curtains were heavily embroidered. It made the place feel cozier, more homely.

I covered myself up with the blanket and closed my eyes for a little rest. I was about to doze off, when we were called for dinner. We had a simple and comforting meal of vegetables and dal, which added to the feeling of feeling at home. 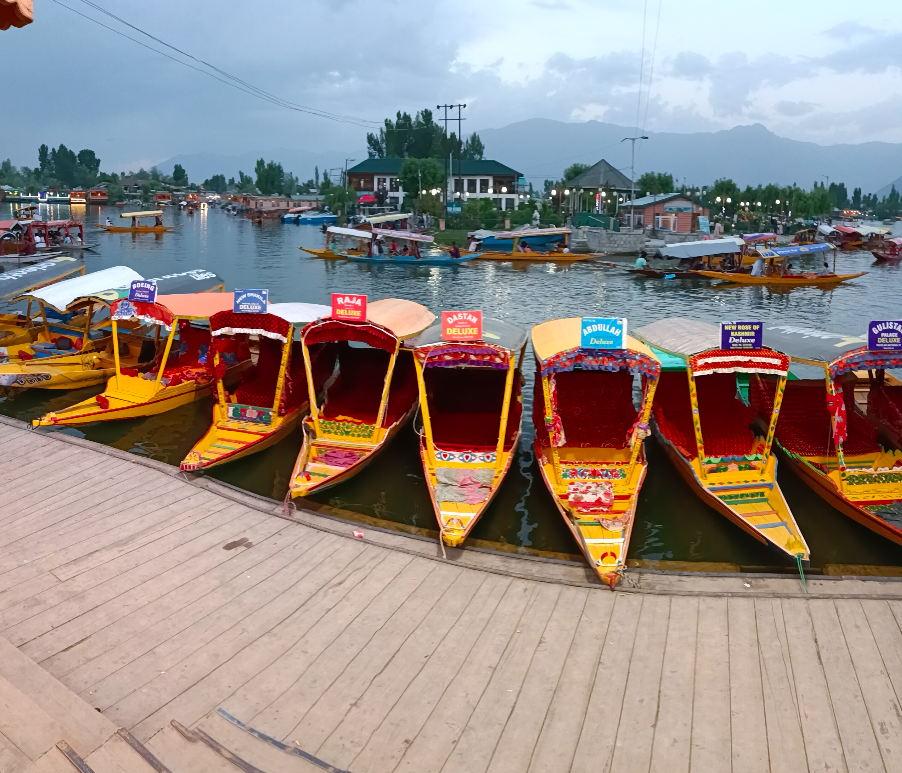 After the meal, the houseboat staff gave us some kahwa, and brought in a shawl-seller, who spread out his wares on the living room floor. My mom sat down with him and looked at some shawls, as Kashmir is famous for its soft woolens. Even the English word Cashmere is borrowed from an old anglicized pronunciation of Kashmir. The prices of the Pashmina shawls were sky high. The seller argued that obtaining such fine wool was no joking matter, and half a lakh rupees is a totally reasonable price for a shawl.

My mom managed to bargain with him and bought a few shawls for a relatively reasonable rate. Somewhere during all the bargaining, the shawl-seller had warmed up to our family. We sat there for a while just talking about this and that. We gave him some mangoes, which we had brought along with us from Mumbai.

We walked out onto the deck, to take in the sight of the lights reflecting on Dal Lake. But the wind was too cold, so we came back inside. Huddling inside our blankets, we finally decided to call it a day and drifted off to sleep.